During my first mandate in the European Parliament, I was a member of the Culture and Education Committee (CULT). Although no longer on that Committee, I continue to support initiatives aimed at promoting culture, education and sport, given my background in the Gaelic Athletic Association and teaching. I am very happy to remain engaged with these issues via the Working Groups such as Sports Group and Library Lovers Group, where MEPs come together in a more informal way and work constructively on these areas. Finally, I always promote education and youth engagement and I am delighted to be the Parliament’s Ambassador for CoderDojo and Erasmus for Young Entrepreneurs.

In 2015, I launched the CoderDojo Ambassador Initiative which is a new informal grouping of MEPs that aims to promote computer coding skills to young people around Europe, in cooperation with the Cork-based initiative, CoderDojo.

In 2013, I hosted the first ever EU Dojo event in the European Parliament. At the time, CoderDojo was little over one year old and was active in 10 member states. Now, there are over 1,200 clubs in 75 countries, with 665 of those clubs based in Europe. In light of these achievements and their work in the promotion of technology and entrepreneurship amongst young people, I was honoured to nominate CoderDojo for the 2016 European Citizens Prize – and they won! 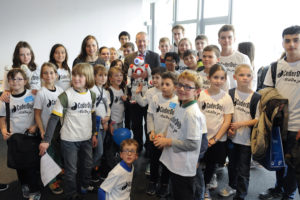 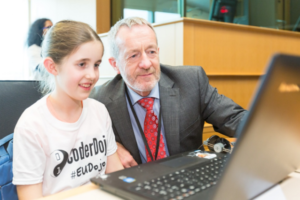 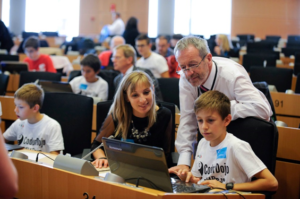 The Erasmus+ programme was first established over 30 years ago to facilitate study exchange programs for higher education students. Erasmus has grown from strength to strength ever since. Over 9 million people have participated in it. It is no longer limited to higher education students but also includes groups such as apprentices, adult learners, volunteers, youth workers, teachers and athletes.

The Erasmus+ programme, which came into force in January 2014, is the EU programme for education, training, youth and sport. The program was initially for the years 2014 to 2020, and provided opportunities for over four million Europeans to study, train, gain work experience and volunteer abroad. Due to its tremendous success I campaigned and voted in favour of extending the program. Erasmus+ was renewed for the years 2021 to 2027 with an increased budget.

The 2021 to 2027 program aims to be more inclusive, with great effort being made to remove barriers to participation for those from disadvantage backgrounds. A wider range of learning institutions should be included, included vocational training.

Some 4,000 third-level students in Ireland take advantage of the EU Erasmus study abroad programme annually. While studying at another university continues to be the most popular choice, roughly one in five students opt for Erasmus job placements in companies. It is a wonderful programme that gives young people the chance to practice their third language, live independently abroad and experience other cultures. I would like to see a further increase in the number of students that participate. 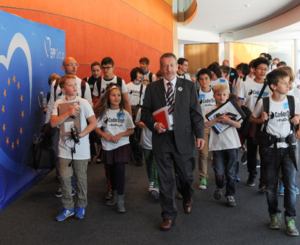 One of the most enjoyable aspects of my job is meeting with my constituents, and particularly engaging with young people. I do my best to visit schools every week in Ireland, in particular the schools that participate in the Blue Star Programme. The Blue Star Programme is an education initiative for primary school students across Ireland. Through classroom projects and activities, the programme aims to foster a better understanding and knowledge of the European Union, and of how it affects the lives of Irish citizens. On my visits, I speak to students and their teachers about my work as an MEP, about Europe and Ireland and our close relationship. I was delighted to present a number of Irish national school teachers with the prestigious EU Citizens Award for their efforts as a part of the Blue Star Initiative in 2015.

It is always very rewarding to meet with young people to encourage their appetite for politics, and promote green initiatives.

Sport touches the hearts and minds of millions of Europeans, it is one of our great uniting forces and I firmly believe that it can bring the European Union closer to and make it more relevant for its citizens. Sport is something I am truly passionate about and committed to, having seen from a young age, through my love for the GAA, how invaluable sport can be on an individual and community level. It was an honour for me to give back to the sporting world even a fraction of what it had given me, when I served as GAA president from 2003 – 2006. 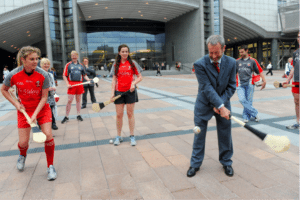 I am excited about the ever increasing opportunities and possibilities for sport and sportspeople on a European level. During my first mandate as an MEP, I lobbied intensively for the revised education scheme to include emphasis on sport. As a result, funded support is now be available for grassroots projects and cross-border efforts will be made to combat match-fixing, doping, violence and racism.

Sport became an EU competence under the Lisbon treaty, allowing it to serve as a vehicle to promote co-operation between bodies responsible for sports, and help to protect the physical and moral integrity of sportsmen and women, especially younger sportsmen and sportswomen.

In my work as a member of the European Parliament´s Intergroup for Sports, I focus on how we can encourage greater participation in sport especially among young people. I would like to see this focusing on supporting the grassroots, the heart and soul of sport, in their promotional role. 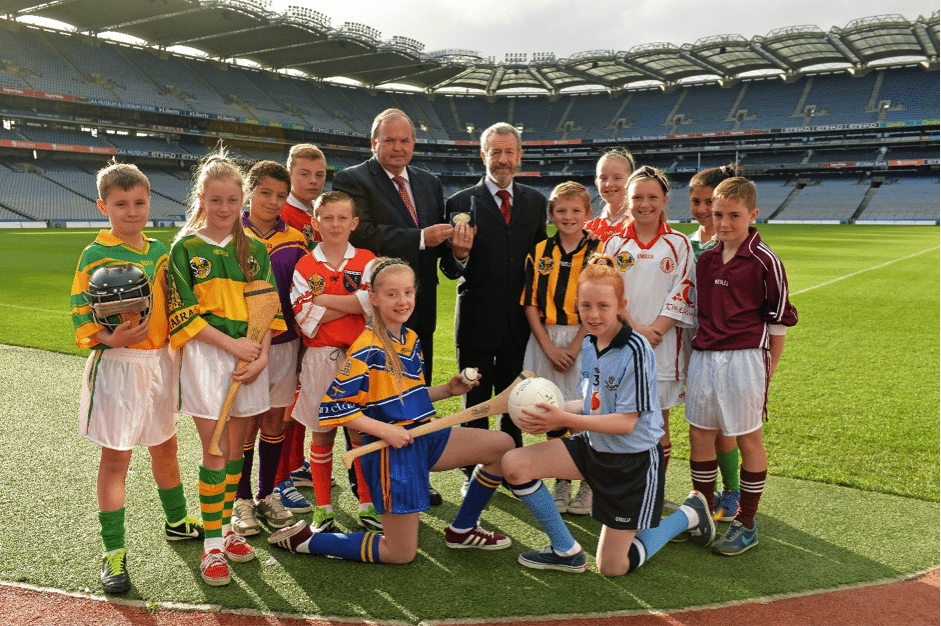 In December 2010, during my time on the CULT Committee, I along with 4 other MEPs across national and party lines, were successful in passing a Written Declaration on Support for Grassroots Sport, which set an ambitious target of 100 million Europeans more active, more often by 2020. This was a commitment to promote policies to increase sport and physical activity, and encourage greater numbers of citizens to be physically active on a weekly basis.

I welcomed and supported the Get Europe Moving Campaign, an initiative which aims to combat inactivity and the rising levels of obesity, and other diseases associated with inactivity. The Get Europe Moving Campaign promotes sport and activity through both nationally-led and community-based programmes which encourage greater participation in physical activity by targeting communities, neighbourhoods, families, parents, and disadvantaged groups. A healthy body leads to a healthy mind. A healthier nation will ease the pressure on our health system and ensure citizens have a better quality of life.

I was proud to nominate the Gaelic Athletic Association for the first European Citizens Prize in 2013 for their role in promoting enhanced mutual understanding and closer integration between citizens. It was a great honour to win this award, also thanks to the cross border or transnational co-operation by the GAA within the EU.

It was a great honour to be acknowledged by the European Union in this way and the presentation offered further recognition of the role of the GAA in Irish society – and indeed further afield. 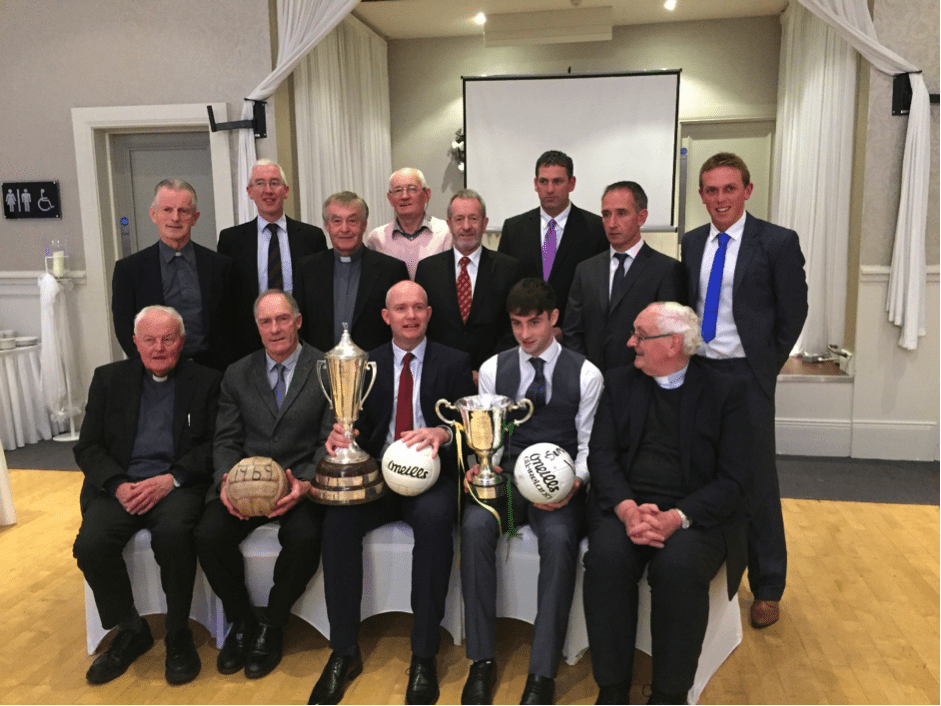 Given the reach of the Association we have a role to play in bringing people together through the medium of our games and culture and it is a responsibility we are more than happy to undertake. I have been privileged with the Honorary Presidency of the Belgium GAA, and I am so proud to see the GAA contributing positively to peoples’ lives here in Belgium as it does at home in Ireland.

It is of enormous credit to the GAA that it was the first ever Irish winner of the European Citizens’ Prize. It not only reflects the great contribution the GAA has made to the Peace Process but it also underlines the massive growth of Gaelic Games on Continental Europe, where they are truly becoming European Games.

At EU level, I have successfully tabled proposals for more stringent measures in order to cut down on corruption in sport, notably by banning so-called ‘negative betting’. The fight against match-fixing and other forms of sport fraud has to be focused on law enforcement, education and prevention as well as good governance of sport bodies. 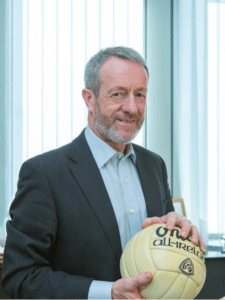 While a member of the European Parliament’s Committee on Culture and Education, I co-signed and tabled a number of key amendments to a report on Online Gambling in the internal market which calls for a strengthening of EU-wide policy.

Most sporting clubs operate under a Code of Conduct, which should implicitly ban all staff, players or coaches from betting on their own matches or events. I also want sporting federations and gambling operators to include in a Code of Conduct a ban on betting on so-called negative events such as yellow cards or penalty kicks during a match or sports event.

I have also supported the proposal for a global body to combat match fixing which would provide a worldwide platform for relevant bodies to meet and coordinate action.

We need a committed global approach to stamp out this illegal activity. I would also call on the Commission to establish minimum sanctions for such criminal offences at EU level.