The Brexit vote was certainly a great disappointment to all of us that believe in the values of the EU project. However, this is the situation that we face, and it is one that will certainly prove to be extremely complex. The UK government’s vow from the offset to rule themselves out of both the Customs Union and the Single Market have left us in a position in which options for a post-Brexit arrangement are significantly narrowed. For Ireland, a country that will feel the effects of Brexit, particularly a hard Brexit, more than any other EU Member State, this is worrying. 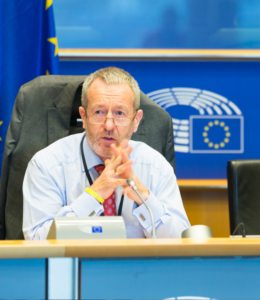 Yet, despite all of the uncertainty and fear, I feel encouraged by the discussions we have had over the last number of months in the European Parliament. The Fine Gael Delegation have met with a number of key figures involved in the negotiations since the vote, to ensure that Ireland’s Brexit priorities are heard and taken into consideration. Meetings with Michel Barnier, chief Brexit negotiator, and MEP Guy Verhofstadt, the European Parliament’s chief negotiator on Brexit have been well received, with both parties acknowledging the need to take the special relationship between the UK and Ireland into consideration.

I welcome the outcomes of the European Council meetings and the overall approach to the forthcoming Brexit negotiations set out in the adopted Negotiation Guidelines. Amidst a long and complex period of negotiations, I work in Brussels for Ireland’s main priorities, which are:

These negotiations will have significant implications on the future of Europe and especially on Ireland’s prospects both economically and politically, given the high levels of trade between the UK and Ireland, as well as our shared border. 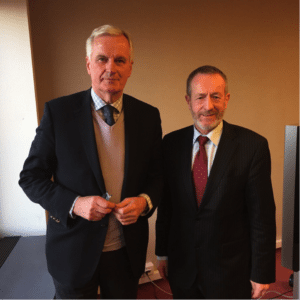 Along with my fellow Fine Gael MEPs, I welcomed the important and extensive recognition of the unique circumstances of the island of Ireland in the European Parliament’s official position on Brexit released in April 2017. An overwhelming majority of MEPs adopted this Resolution, in which Ireland was the only EU country to have been specifically highlighted in relation to Brexit. The Parliament’s Resolution states that all means and measures consistent with European Union law and the 1998 Good Friday Agreement should be used to mitigate the effects of the United Kingdom’s withdrawal on this border between Ireland and Northern Ireland. It also insists in that context on the absolute need to ensure continuity and stability of the Northern Ireland peace process and to do everything possible to avoid a hardening of the border. Over the past number of years, the border between North and South has all but disappeared, and the reintroduction of a physical border could very well undermine the successes peace process settlement in Northern Ireland brought, something which must be avoided at all costs. 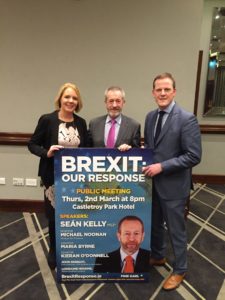 It is also encouraging to see how my fellow members of the EPP Group have taken on board the Irish concerns and adopted them as priorities for the Brexit discussions. As head of the Fine Gael Delegation in the European Parliament, I hosted the European People’s Party (EPP) Bureau meeting in Wicklow in May 2017. During the two day meeting, a number of keynote speakers including Chief Brexit Negotiator Michel Barnier, then Taoiseach Enda Kenny, and former British Prime Minister Tony Blair addressed the implications of Brexit. Members of the EPP Group also had the opportunity to visit the border, where they gained a better understanding as to why avoiding the return of a hard border is crucial- something that has been stressed by both the Irish and UK governments on multiple occasions. Aside from the potential threat a hard border wold pose on the peace process, there is also the matter of logistics, and taking into consideration the disruption it would cause to the daily lives of the people of this island.

There is consensus between the UK and Irish Governments that the Common Travel Area arrangements should be retained. I am pleased by the commitment from both sides to preserving the CTA, and the determination to preserve and develop the progress made under the peace process. While Ireland’s non-participation in Schengen suggests that it should be possible for the CTA to continue after Brexit, both Governments need to take action to convince EU colleagues of its necessity, in particular in the context of the unique circumstances in Northern Ireland. The understanding of this issue in Europe thus far is most encouraging, and I am confident that our concerns are being heard. The Irish delegation must ensure that we continue to push this matter during the negotiations process. 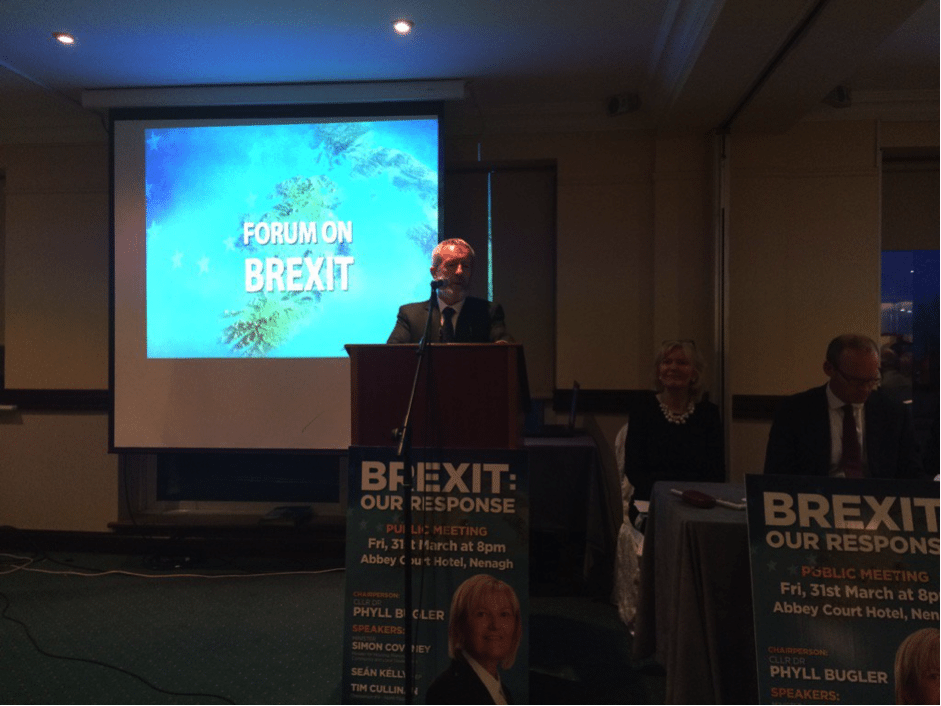 The close bilateral relations between the two countries mean that if the EU fails to reach an agreement with the UK, Ireland will be the most affected. For this reason, I think it is vital that on both sides, negotiators refrain from taking a zero-sum approach – the goal should not be to win, but to reach the agreement that is mutually beneficial for all, and this will take significant skill. MEPs and Heads of Governments of the remaining EU Member States have moved quickly and decisively to make it clear that Ireland would not be left isolated. This is part of the reason why 9 in 10 Irish people believe we should remain part of the EU and indeed that we have benefitted from being a member of the EU – we have this strong commitment to the EU because we truly feel part of the EU family. We have an affinity with Europe that remains stronger most other Member States, and with your support during these difficult Brexit discussions, this will not change.

Key areas of concern for me, as a member of the Industry, Research and Energy Committee (ITRE) and the International Trade Committee (INTA) are the issues of Trade, and Energy. 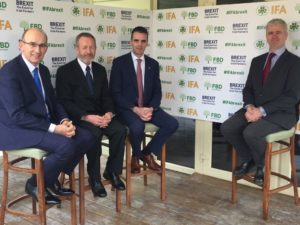 Trade is an essential part of the Irish economy. Ireland is the 33rd largest exporter in the world and the UK is our single biggest trading partner- the British-Irish Chamber of Commerce estimates UK-Irish trade to be valued at €1bn a week.

In particular, the agricultural sector is crucial from an Irish standpoint. The UK remains by far the biggest importer of Irish agri-food representing 47% of total Irish agri-food exports amounting to €5.1bn in 2015. Ireland imports in the region of €4bn per annum of agri-food products from the UK, representing 54% of all Irish agri-food imports. In manufacturing terms, the food and beverage sector imports over 45% of their production materials from the UK. Brexit could reduce bilateral trade flows between Ireland and the UK by 20% or more.

In terms of general trade, we know that UK cannot start negotiations on an FTA before exit negotiations are finalised. However, there can be a substantial work done in the background to prepare the flow of negotiations. Although Britain is exiting a familiar Union and a lot of its regulation from the EU will remain, it will still take at least several years before any FTA is finalised. 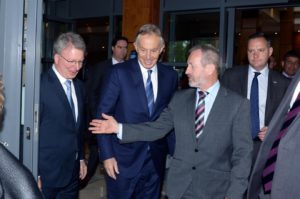 From an energy security perspective, Ireland has been highly dependent on Britain for gas supply. Up until December 2015, we were dependent on a single UK pipeline for 95% of gas supply on the island of Ireland. While the recently-online Corrib gas field will provide some respite up until 2022 or so, it is a matter of serious concern that Ireland could potentially be fully energy reliant on a non-EU country. Almost half of Irish electricity is gas-generated, therefore reaching an agreement with Britain and the EU regarding the Single European Energy Market is essential. We must also look to renewable energy, although this alone will not suffice in the short term. 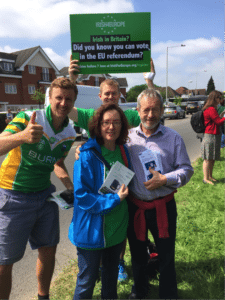