Work of the Fisheries Committee (PECH) 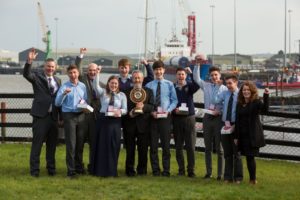 During my previous mandate in the Parliament, I was delighted to take on an extra responsibility and become a member of the Fisheries Committee (PECH) in the European Parliament. This committee deals with the functioning and development of the Common Fisheries Policy. Its tasks are to care for the conservation of fishery resources in the EU and to organise the EU’s market in fishery products. The Committee also deals with international fisheries agreements.

Ireland has received significant EU Horizon 2020 funding for marine research and innovation. As maritime issues are such an integral part of our lives and so essential to Irish coastal areas, I welcomed the opportunity to work with my colleagues on this committee in order to represent Irish interests in this area.

I also raised issues of concern for Irish fishermen through official channels, having brought many issues to the European Parliament’s Petitions Committee over the past number of years. Such petitions give the European Parliament the opportunity to draw attention to any infringement of a European citizen’s rights by a Member State, local authorities or other institution.

The Common Fisheries Policy (CFP) is a set of rules which regulate European fishing fleets and fish stocks. Designed to manage a common resource, the policy gives all European fishing fleets equal access to EU waters and allows fishermen to compete fairly. The CFP aims to ensure that the European fishing industry is environmentally, economically and socially sustainable and does not threaten the fish population size and productivity over the long term. From an Irish perspective, this is a crucial piece of legislation in that it provides for a dynamic fishing industry and ensures a fair standard of living for fishing communities. 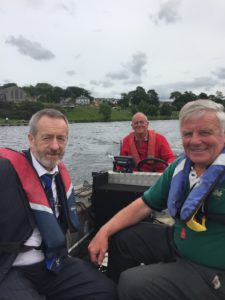 There can be no denying the economic and social importance of fishing to the island of Ireland as one of the EU’s leading countries with sovereign or exclusive rights over one of the largest sea-to-land ratios (over 10:1) of any EU member state. The Irish maritime economy is growing nearly twice as fast as the overall economy. Working with my colleagues on the PECH committee, I promoted the safeguarding of Ireland’s natural, clean waters for future generations whilst ensuring that the interests of Irish fishermen, fishing communities and consumers of Irish seafood products are supported through the EU’s legislation.

During much of the 20th century, relentless fishing and marine pollution pushed some fish stocks to the brink of extinction, making it necessary to regulate the fishing industry. I thus welcomed reform of the CFP for the 2014-2020 period, as proposed by the 2013 Irish Presidency of the Council of the European Union.

I welcomed the opportunity to contribute on proposals which aim to reform the CFP post-2020, changing the way in which the policy is managed, giving EU countries greater control at national and regional level.

The United Kingdom’s decision to withdraw from the European Union will have a profound effect on all areas of European trade and industry. Moreover, Brexit will prompt the UK’s disengagement from EU law, the internal market and other European policies, including the Common Fisheries Policy.

Many Irish fishing vessels rely on British ports to land their catch. The fish landed by Irish fishermen in British ports represents 27% of the total value of all fish landed by Irish vessels abroad. Furthermore, in 2015, some 31% of Irish catches came from UK waters. These figures demonstrate the large impact Brexit will have on the Irish fishing industry, and highlight the need for an agreement to be made between the EU and the UK in this sector, which plays a significant role in the Irish economy.

The legal implications of Brexit are numerous and complex in terms of the fishing sector, as the UK becomes a third country for the purposes of the Common Fisheries Policy. The potential expulsion of EU vessels from British waters also gives rise to fears in relation to the increased targeting of Irish fishing zones. I thus hope to ensure that any further developments are framed on the basis that free movement of fishery products is linked to free access to waters and resources and vice versa. Other key issues include questions of quota share, trade and sustainability. However, I am confident that we will be able to negotiate an agreement that takes Ireland’s unique concerns on board. I am most pleased to have been invited to join the PECH Committee at such a crucial time for Ireland’s maritime industry and I will ensure that Ireland’s voice – and particularly that of our fishermen – will be strong on such issues. 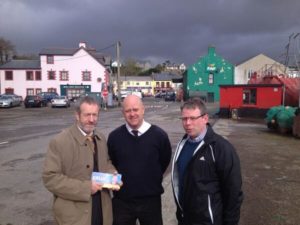 Regulation of Supertrawlers in Irish Waters

I have been an advocate for regular on-board inspections of supertrawlers fishing off the Irish coast to ensure that they are fully compliant with the EU Common Fisheries Policy following a rise in dolphin deaths. I have also appealed to the Sea-Fisheries Protection Authority (SFPA) to review and maximise its inspections when trawlers are operating off the Irish coast.

In July 2016, in separate cases, three dead dolphins were found on the south-west coast of Ireland in the space of one week, one with a rope around its tail. These findings follow reports of a rise in the number of dead dolphins on Ireland’s west coast since the beginning of 2016.

While the link between supertrawler activity and the increase in these dolphin deaths is not proven, the Common Fisheries Policy (CFP) stresses that caution must be taken as regards the impact of human activity on all components of the ecosystem and I would be eager to highlight this on a European level.

I therefore submitted a Parliamentary Question to the European Commission in 2016 whereupon these concerns were addressed, with enhanced monitoring and regulatory measures being proposed as a result. The Commission also confirmed that it is carrying out regular audits in Ireland to ensure that Ireland is complying with its obligations and has an effective monitoring, control and surveillance system in place. 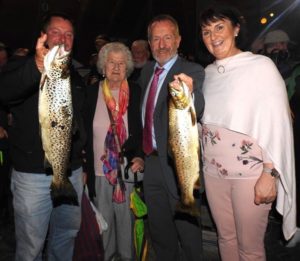