With Targets to be reached, Energy Efficiency is Key – Seán Kelly MEP 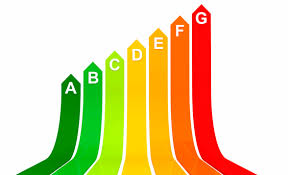 To most people, increasing Energy Efficiency represents an obvious policy choice both for economic and environmental reasons. Reducing our energy use means lower energy costs for consumers, it means less dependence on external energy suppliers, and it means a reduced carbon footprint by cutting our Greenhouse Gas (GHG) emissions. Add to this the boost to employment levels that Energy Efficiency can bring to the construction sector by increasing the demand for building renovations and it becomes evident that benefits of striving for a more Energy Efficient system are multiple.

However, for a number of reasons, investment in energy efficiency is not at the level it should be. The relative longer payback time of an Energy Efficiency investment, along with difficulties in accessing finance, and indeed the general lack of awareness, has hindered progress on this issue. As we move into a crucial period here in Brussels in which we will work on the reviews of the Energy Efficiency Directive, the Electricity Market Design, the Renewable Energy Directive, the Energy Performance of Buildings Directive, while at the same time working on the legislation to ensure emissions reductions are achieved in the ETS and non-ETS sectors up to 2030, I feel it is crucial that we get the balance right to ensure the complementarity of all parts of this legislation, and that includes helping to stimulate cost-effective investments in energy efficiency.

In the coming months, I will be focusing much of my own efforts in Parliament on the proposal for a new Effort Sharing Regulation for the period 2021 – 2030, which deals with emissions in the non-ETS sector. This is a crucial piece of legislation in terms of meeting our 40% GHG reduction target by 2030 which we pledged in Paris last year at COP21. There is no getting around this – the 40% target is one that we cannot afford to miss. In the non-ETS sector we are looking for a 30% reduction by 2030 compared to 2005 levels, but current policies would see a reduction of just 24%. For this reason is absolutely crucial that we set the required high level of ambition, and energy efficiency has a key role to play in this.

Big improvements are needed in Europe’s buildings, 75% of which are currently considered to be inefficient. Buildings account for 40% of final energy consumption in Europe and an enormous amount of this is wasted due to buildings not performing efficiently. Our legislative work in the coming months needs to ensure that we set the right framework to make investment into Energy Efficiency projects happen, and I look forward to the challenge ahead.

Part of the challenge is finance. We have a problem in Europe in that investments that should be economical are not being made. Despite the various EU funding instruments, there remains a lack of attractive options for energy efficiency financing. There is simply a lack of availability of finance for such investments, and this can be attributed mainly to the longer payback period and a higher perceived risk associated with energy efficiency investments. This essentially makes such undertakings seem not worthwhile to your typical homeowner.

Something that can really help this issue, and we are seeing examples of it pop up around Europe now, is the idea of an on-bill repayment scheme. In this system, a customer would be able to have the energy efficiency work undertaken on their home, often without an upfront cost, while the payment is made over time through the utility bill. These are schemes that I think need to be made more available and we need to better promote them. In Ireland, for example, a recent study showed that almost half of Irish consumers would consider taking out a loan to pay for energy efficiency improvements. This pay-as-you-save idea could be a game changer for stimulating investment in energy efficiency projects and I think we need to support and enable it as much as possible.

In terms of mobilising finance, since it was announced in November 2014, I’ve been extremely interested in how the European Fund for Strategic Investments (EFSI) could be used for energy efficiency investments, particularly in buildings. For this reason I am excited by the new EFSI-backed EIB funding for an Energy Efficiency project in France. Under this project, €400 million will be made available to trigger the needed investment for energy efficiency renovations for private homes in France on a large scale.

Regions in France will set up specialised companies to provide assistance and packaged solutions to homeowners for the retrofitting of their homes, and it is reported that up to 40,000 flats and houses will be able to benefit. I truly hope this initiative is a resounding success as I think it could provide the blueprint for similar projects across Europe.

This is a great example of what EFSI has the potential to do if we use it effectively. I think this model, the grouping together of smaller schemes for funding under EFSI, has the potential to really drive the renovation of buildings in the EU which will greatly assist us both in terms of reducing emissions, and lowering energy costs for end-users. I hope to see something similar in Ireland in the not too distant future.

I think it is clear that Energy Efficiency has a vital role to play reducing energy demand in Europe and hence help us to meet our targets. As I prepare, at the time of writing, to depart for Marrakesh where I will represent the European Parliament at COP22, there is no better time than now to highlight this crucial topic and the important role it has in the fight against Climate Change.