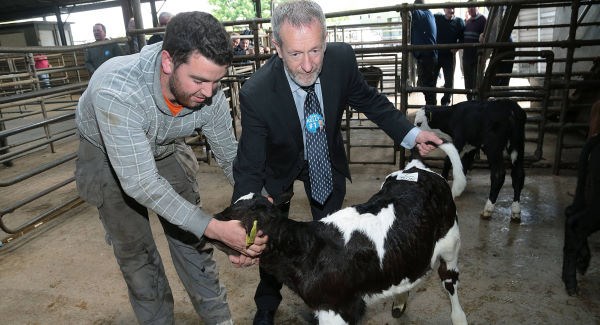 Ireland is the tenth largest dairy exporter in the world and with a predicted 50 percent growth in exports expected over the next five years due to milk quota abolition, Ireland will continue to grow its economy.

“Global dairy demand is rising and the EU has already increased its export volume by 45 percent over the last five years. Now, with the abolition of the milk quota system and the implementation of market measures to address price volatility, Irish farmers will be supported in increasing production and that will have a positive effect on job creation and growth in rural Ireland,” said Mr Kelly, speaking from Brussels today.

“Our agricultural exports are reliant on strong trade ties with other countries. Russia is still one of our biggest trading partners, but with the EU Russian dairy ban in place since last year affecting agricultural trade, our currently negotiated agreements with South Asian countries and other regions will enable Ireland and the EU to retain their influential export status.”

However, the Fine Gael MEP cautioned EU leaders against an overly liberal trade deal with New Zealand: “As the only Irish member on the International Trade Committee in the European Parliament, and a member of the ASEAN Delegation (Association of South East Asian Nations) I am delighted that the EU’s trade agreement with Vietnam should be concluded by this summer. Vietnam holds great potential for agricultural exports.

“However, New Zealand, a top agricultural and dairy exporter to the Asian market, has been pushing for a trade agreement with the EU. While I welcome the EU’s continued commitment to trade in South Asia, any deal with New Zealand must not be at the expense of the Irish dairy sector,” added Mr Kelly, leader of the Fine Gael delegation in the European Parliament.