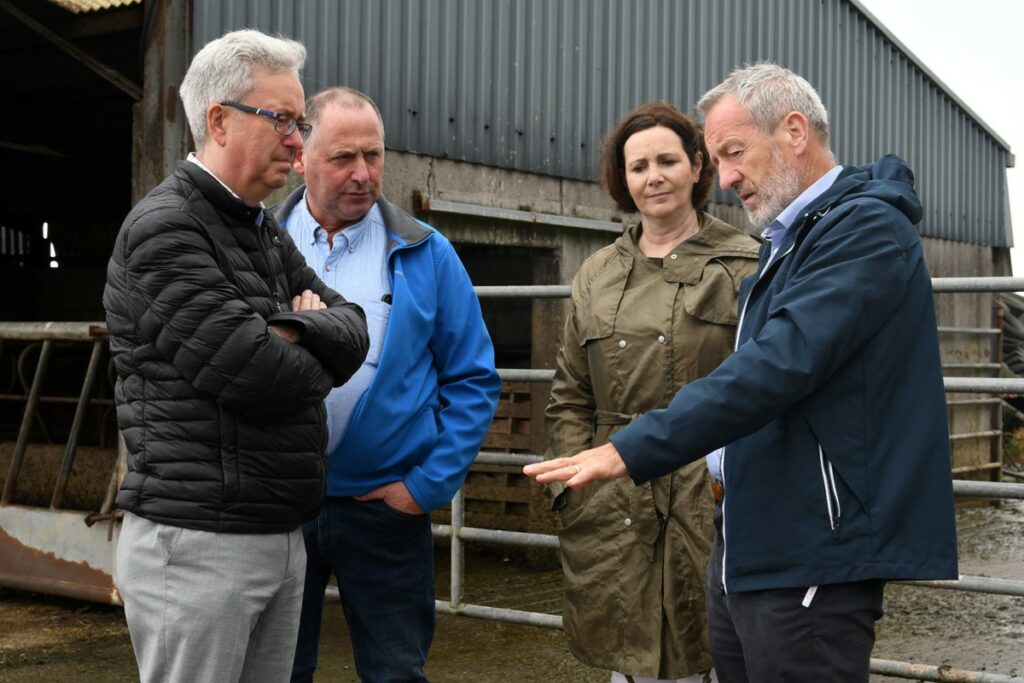 MEP for Ireland South Seán Kelly visited Dingle to see the progress made in the Corca Dhuibhne/Dingle Peninsula 2030 initiative. The Dingle Hub supports community projects in the transition to a low carbon society and digital infrastructure. The initiative works closely with the local community, state agencies, public bodies and higher education institutes to identify, fund and deliver these projects.

“With the energy crisis and increased cost of living, it is important to show that there is a way forward that increases quality of life and utilises the resources we have available in a sustainable manner, whilst allowing the local economy to thrive. We are much more connected now and the energy system is fundamentally changing, opportunities will be presented for rural areas, but they will not be ceased without buy-in from the local community. The Dingle Hub paves the way in this regard and sets a real example of what can achieved”, said Kelly.
“I’ve been blown away by the amount of positive activity at Dingle Hub. Particularly the engagement with the local community, the positive spin-offs for people in these communities and above all the contributions towards emissions reduction and our national climate targets”, he added.

Ireland has competitive advantages in producing renewable energy due to its geographical position for wind generation, especially floating offshore turbines on the west coast facing the Atlantic. ESB Networks will be at the forefront of connect renewable energy to the electricity system and will significantly increase in the amount of renewable generation across the country.

Ireland can be a leader in both renewable energy generation and grid integration, but we will need to significantly ramp up deployment along with enabling technologies like solar PV panels, Heat Pumps and batteries. This is why the Dingle hub is such an exciting project, it provides best practice examples that can be up-scaled across the country”, Kelly mentioned further.

“I was particularly impressed by the work done by farmer Dinny Galvin who has integrated a Solar PV System, Air Source Heat Pumps and a Smart EV charger for his electric vehicle on to his farm. This is in addition to a heat exchange in his dairy parlour, which helps significantly with energy efficiency. It just goes to show how much more farmers can contribute to climate action if given the tools to do so, notably through biogas production”

Ireland, with our large agriculture sector, is considered to have the highest potential to exploit biogas in the EU. Biomethane is produced in Anerobic Digestors, which break down organic matter, and are well suited to increasing domestic supply of biomethane due to the ample supplies of slurry for feedstock coming from the beef and dairy sectors.

“I have mentioned this for many years, but biogas in Ireland remains an untapped resource. We need to drastically reduce our carbon reliance in agriculture by encouraging new business models for carbon farming, anaerobic digesters are major part of this equation and we must work to develop proper network“, Kelly concluded.