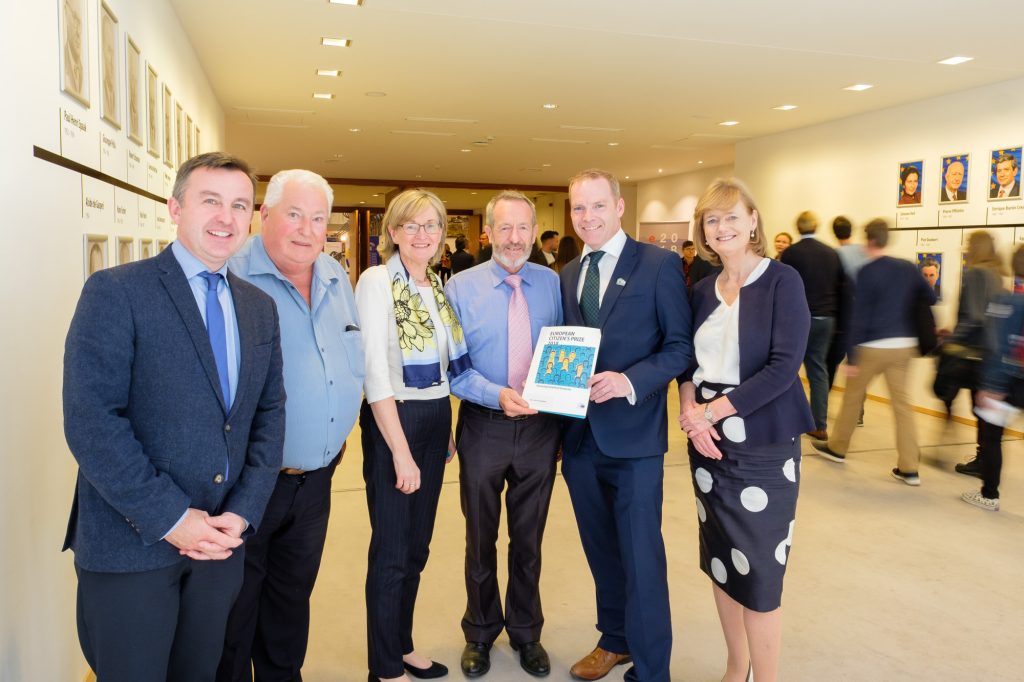 Speaking on behalf of the delegation, Leader of Fine Gael in the European Parliament Seán Kelly said: “It was great to nominate a positive, community-based organisation such as Irish Men’s Sheds and it is even better to see the association receive the prize this evening.

“Irish Men’s Sheds represent a real added value for society, not just in Ireland, but for the whole of Europe. We are hopeful that the European Citizen’s prize will encourage the movement to expand into every Member State in the EU.

“It is clear that Men’s Sheds are filling a need in our communities, proven by the fact that the movement is growing rapidly with two new sheds opening every week in Ireland,” Mr Kelly added.

An all-island organisation, Irish Men’s Sheds create a space where men can discuss health issues and emotions while engaging in purposeful activities. This advances the health and well-being of the participating men by combatting issues such as loneliness and isolation while creating a culture where men can openly discuss their thoughts and feelings without stigma.

Speaking from Brussels, CEO of Irish Men’s Sheds Barry Sheridan said: “This award is a testament to the work carried out by Men’s Sheds all across Ireland and the positive impact they have on the communities and the families they represent. To be recognised at a European level is a huge boost and cements our organisation’s place as a global leader in the non-profit field.”