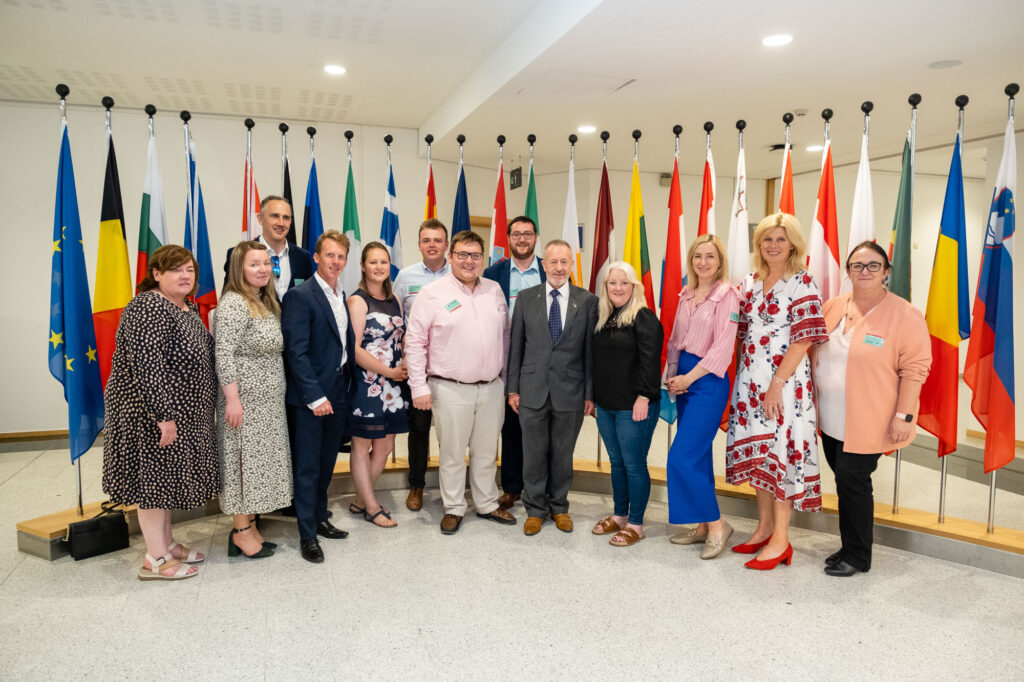 MEP for Ireland South Seán Kelly welcomed a group of Fine Gael Councillors to the European Parliament this week. Local Councillors from across the constituency of Ireland South joined MEP Kelly in Brussels for a series of meetings, discussions and fact-finding tours.

“I was delighted to host such an engaging group of Councillors in the European Parliament this week,” MEP Kelly stated. “It is crucial that local representatives have an opportunity to engage with European politics, and indeed that the local issues that matter most to people are highlighted at European level.”

“This trip represented a valuable opportunity to exchange on a range of issues, both local and European, and to discuss the ways in which European policymaking can be made relevant for people in a local context.”

They were given a tour of the European Parliament in Brussels, and the Parliament’s excellent visitors’ service provided an overview of the work of MEPs. The group also travelled to the city of Bruges in Flanders.