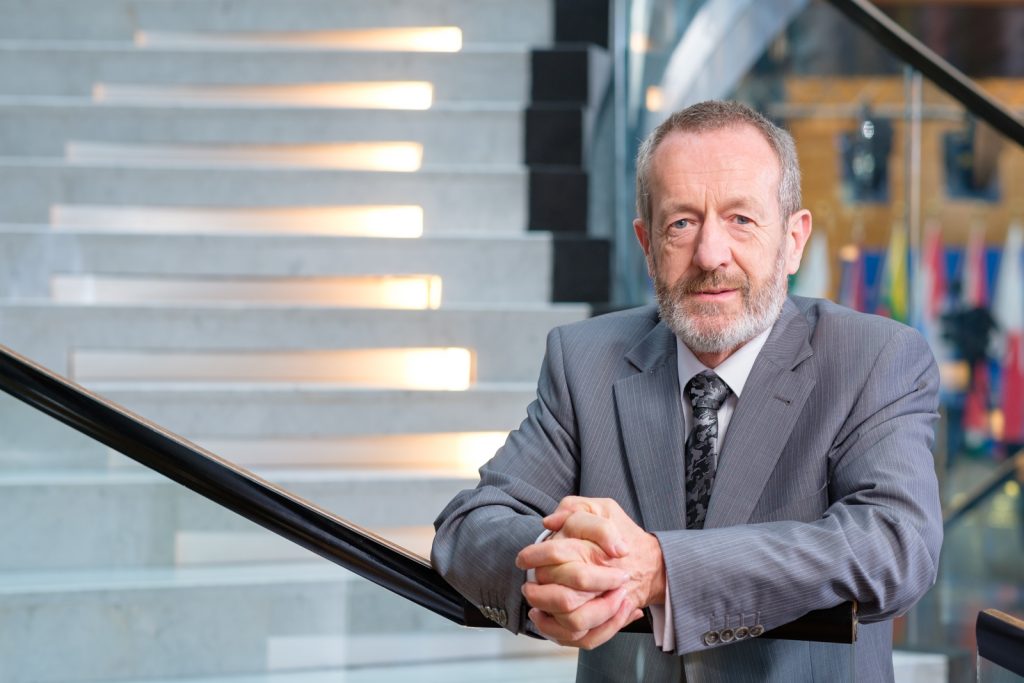 MEP for Ireland South and Leader of Fine Gael in the European Parliament, Seán Kelly, has welcomed the Parliament’s adoption of its final position on the Emissions Trading System (EU ETS) Directive review and its rejection of a Socialist proposal to introduce a carbon border tax for cement imports.

Mr. Kelly noted that at a time when certain countries around the world turn increasingly inward-looking, it is important that the EU continues to promote the importance of international trade and resist the calls for protectionism.

“I strongly welcome that we have arrived at a balanced approach in these discussions that have been ongoing for almost a year – it is absolutely vital that the EU maintains leadership on climate action, but also ensure that we get the balance right and prevent any investor uncertainty for our key European industries.”

A group of MEPs in the Parliament’s Socialist group had proposed that the cement sector be singled out for different treatment than other sectors under the EU ETS by establishing an “import inclusion scheme” for the sector – essentially equating to a carbon border tax on cement imports. The text was passed amid much controversy by the Parliament’s Environment committee, but was ultimately defeated on Wednesday afternoon in the final plenary vote.

“I welcome the Parliament’s rejecting of the import inclusions scheme, or border adjustment mechanism. This was simply not a good idea for a number of reasons, but at a time when certain parts of the world becomes increasingly protectionist in terms of trade, it is vital that the European Parliament has not succumbed to the pressures to go in the same direction.

“We have a number of cement plants in Ireland such as in Drogheda and in Limerick and this measure would have had significant consequences for them as it would have put them in a very uncertain position. We have worked hard in the past weeks to build a majority against the proposal, and thankfully we succeeded.”

“The proposed instrument singled out one sector for different treatment than all of the others – this is simply not good policy making and as a result the cement sector in Europe has had to endure an uncertain couple of months while this was on the table.”

“Border adjustment mechanisms like the one proposed by the Socialist group are not only questionable in terms of WTO rules, but would also inevitably lead to retaliatory measures from our trading partners – imagine how happy President Trump would have been to see the EU follow his lead on border taxes. I’m pleased that common sense has prevailed in the end”, he concluded.