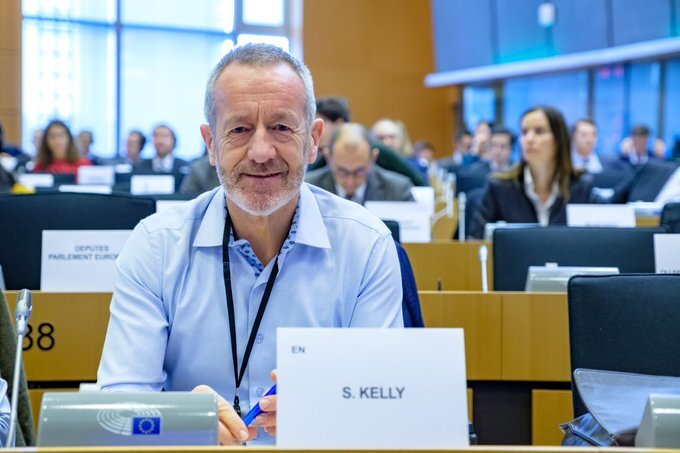 Seán Kelly MEP is calling for Ireland to be more proactive in maintaining its strong voice in Brussels after the UK’s departure from the EU.

“The Irish perspective was very valued and sought after in the Brexit negotiations. The EU’s chief Brexit negotiator Michel Barnier, in particular, ensured that the EU stood in solidarity with us,” said Kelly, leader of Fine Gael in the European Parliament.

“While a deal was reached, much work remains to be done on the EU-UK relationship moving forward. It is vital that Ireland remains a key player in these discussions. The Commission’s proposal to invoke Article 16 is a clear example of failure to recognise the sensitives that exist with regards to Northern Ireland. This blunder cannot be repeated.”

Kelly, who was first elected as an MEP for Ireland South in 2009, is encouraging Irish people to pursue a career in the EU.

“To promote Irish interests, we need Irish people working in the EU. At the moment, Ireland is very well represented across the different European institutions and agencies. In fact, we are slightly over-represented taking into account our small population. The problem is that many of the Irish in the EU who are working at a high level are approaching retirement age. There’s a fear that Ireland could be underrepresented in the future.”

“There are great job opportunities in Brussels and Luxembourg at all levels, whether you’re a recent graduate or an experienced professional. This doesn’t just apply to politics and diplomacy. It is also very important to have Irish people working in non-political roles, for example the legal service. While not actively representing Ireland, people in such roles can ensure that the Irish perspective is understood and can flag any sensitive issues that arise,” the Ireland South MEP continued.

Commenting on the barrier that languages present to Irish people interested in working in the EU, Kelly said “While proficiency in French or another EU-language is a great asset, Irish, as an official language of the EU, can also be used to satisfy language requirements. It is also worth noting that, depending on the role, a lot of work may be done in English. For example, meetings between MEPs either take place with the assistance of interpreters or in English. English is being used more and more. While those with dual-citizenship had the opportunity to stay under the quota of another EU member state, many UK citizens left their jobs in the EU institutions post-Brexit. There is a real demand for native Anglophones, which presents a great opportunity for Irish people.”