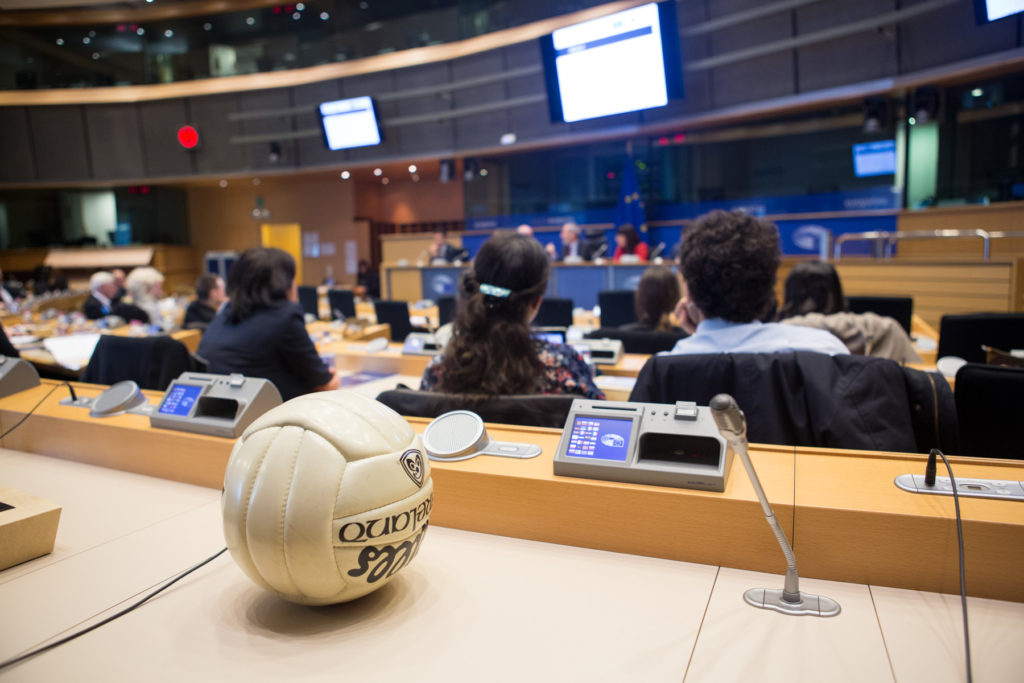 Seán Kelly MEP and Leader of Fine Gael in the European Parliament officially launched the European Platform for Traditional Sports and Games in Brussels today (Wednesday). The former GAA President cited Irish traditional sports as a best practice example in his address to EU lawmakers and officials.

The European Traditional Sports and Games Platform, co-funded by the EU Erasmus+ programme, will use a coordinated approach to promote and safeguard traditional sports and games Europe-wide, with the ultimate goal to make people more active, and achieve greater benefits.

“Many European Traditional Sports and Games have disappeared, or are struggling and this is the reason why this conference and the one we organised in 2015 come at a great time. Reintroducing Traditional Sports and Games (TSG) into the daily lives of children, as a tool to increase physical activity participation and foster social inclusion, is paramount,” Mr Kelly said.

“Traditional sports in Ireland enjoy a very strong position. Unfortunately of course, this cannot be said about the sports of other countries. Like other elements of culture, such as dance, song or language, they can become artefacts, or elements of nostalgia, rather than a living breathing element of a region or country.

“Sport contributes so much to society, and it is very encouraging to see that we are gradually coming around from the idea that sport is just a leisure activity, with little or no social, educational or economic benefit. Grassroots sport is no longer just a pastime, but now a means to improve health and well-being. The benefits to society are undeniable from a healthy, efficient workforce, to an empowered, self-respecting youth.”

The MEP told the gathering that Irish people nurture their traditional sports outside of Ireland: “Traditional sports enjoy a strong position in Ireland, with national, inter-county and club leagues, and a local club in almost every town or village. The GAA is the largest Irish organisation overseas, with 445 GAA clubs outside the country. My own club here in Belgium, which I am the Honorary President of, has over 100 players registered, both Irish and non-Irish.

“Hurling, for example, is an Irish stick and ball field sport that dates back some 2,000 years. There’s a game in Scotland called Shinty, derived from the same root as the Irish game of hurling but which has developed quite differently over the years.  A composite rules shinty–hurling game was proposed, and now there are annual tournaments between an Irish and Scottish team.  This is just one example of how traditional sports can strengthen cultural bonds.”

“I am glad that we can all work together in Europe and beyond to promote our traditional sports and education,” he added.