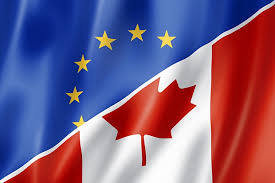 Against the backdrop of Brexit and a US President-elect who favours protectionism, the EU-Canada trade deal or CETA is now more important than ever and should be implemented without delay. That’s the view of the four Fine Gael MEPs who welcomed today’s defeat of a populist attempt to unnecessarily delay CETA, the overall benefits of which are expected to add €12 billion a year to EU GDP and create 230,000 jobs in Europe.

MEPs Seán Kelly, Mairead McGuinness, Brian Hayes and Deirdre Clune said today’s defeat of a parliamentary motion calling for the European Court of Justice to give an opinion on CETA (Comprehensive Economic and Trade Agreement), was nothing more than a delaying tactic by 89 MEPs, a majority of whom, 82, voted against the last EU trade agreements:

“The EU-Canada trade agreement will boost trading opportunities for small to medium businesses which drive our economy and will save European exporters €500 million a year. After almost 8 years of negotiations, it should be implemented very soon so that Irish businesses and consumers can reap the benefits of the agreement early on,” Seán Kelly MEP said speaking on behalf of the MEPs as leader of the Fine Gael Delegation in the European Parliament.

CETA ensures protection for investments while enshrining the right of governments to regulate in the public interest. The Investment Court System (ICS) within CETA, a reformed investor-state dispute settlement mechanism, has been approved by the legal services of the European Commission which has done its utmost to ensure this agreement is proper and beneficial for all EU citizens, according to the MEPs. ICS will have independent judges appointed by the EU and Canada and will be held to the highest ethical standards through a strict code of conduct. Its procedures will be transparent, including by opening up hearings and publishing documents submitted during cases. ICS will be implemented when all Member States have ratified CETA.

The MEPs noted that the US President-elect Donald Trump appears opposed to free trade and has indicated he will be a protectionist president, casting doubt on immediate progress on other trade talks, particularly with Europe under TTIP (Transatlantic Trade and Investment Partnership).

“Closer to home, the UK is progressing with Brexit plans creating economic uncertainty. Fortunately, the European Parliament should be able to formally vote on CETA next month, paving the way for its provisional implementation from January 2017.

“The EU needs to protect its Single Market and provide Member States with trading opportunities. 31 million jobs in Europe are dependent on our trade performance. The facts speak for themselves. Following the free trade agreement with South Korea, EU exports in goods and services grew by 55pc and 40pc respectively and 210,000 jobs were created in Europe. The Korea agreement was provisionally applied during its ratification process,” said Mr Kelly, a member of the Parliament’s Committee on International Trade.