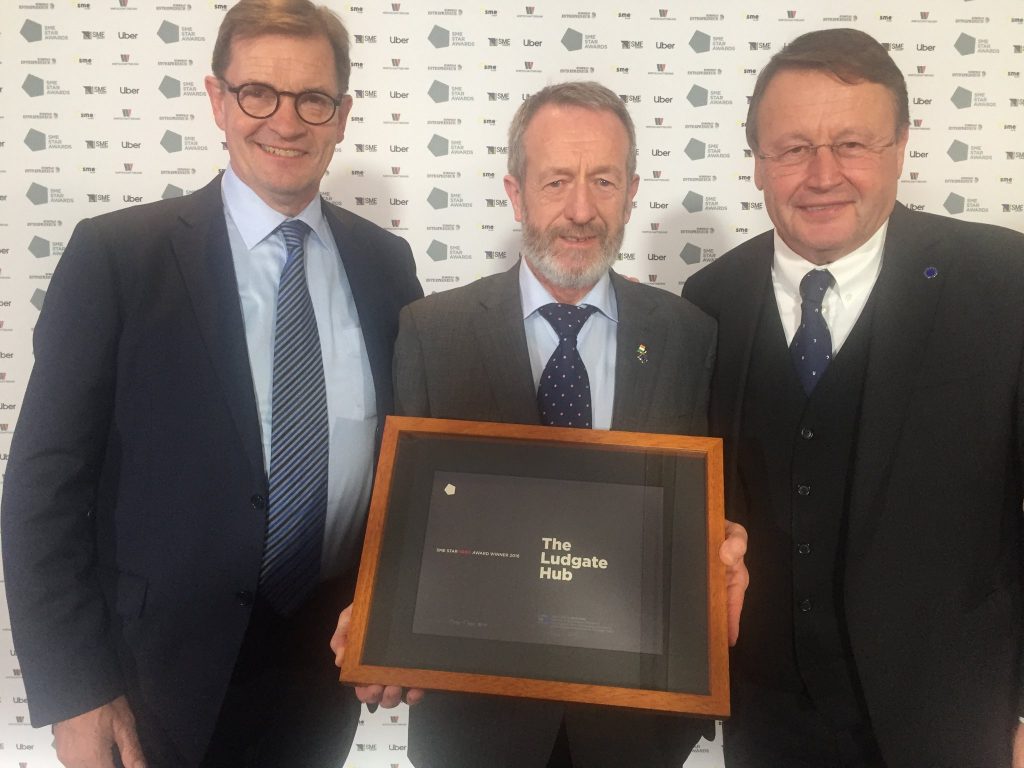 Seán Kelly MEP and Leader of Fine Gael in the European Parliament has confirmed that Cork-based Ludgate Hub has won the prestigious SME Star Hero Award, bestowed by the Parliament’s SME working group, following a nomination by Mr Kelly.“This Skibbereen-based enterprise was an obvious choice for my nomination. As a member of the European People’s Party SME Europe working group, I wanted to promote an initiative that shows the innovation coming from rural Ireland.

“Ludgate Hub is a blue print for other rural areas. It received this award because of its exemplary attitude towards cross border cooperation, competition, and their potential for positive impact on the European Union’s economy,” the Ireland South MEP said in outlining why he had proposed the local SME.

“The Ludgate board has a long-term vision to make Skibbereen a hotspot for a technology start-ups and multinationals to locate and prosper at a global level – a much needed addition to a wonderful part of Ireland.”

As a member of the SME working group in the Parliament, Mr. Kelly works to shape EU policies in a more SME-friendly way.

“Without SMEs there would be no employment, no diversity, no creativity and no quality of life. They keep the wheels of the economy turning and are keeping urban and rural life alive and vibrant in Ireland.

“For me, all SMEs are very important whether it is a tourist business, a co-operative or a family-run local enterprise. I endeavour to keep in touch with their thinking and concerns and reflect this in my work in the European Parliament.”