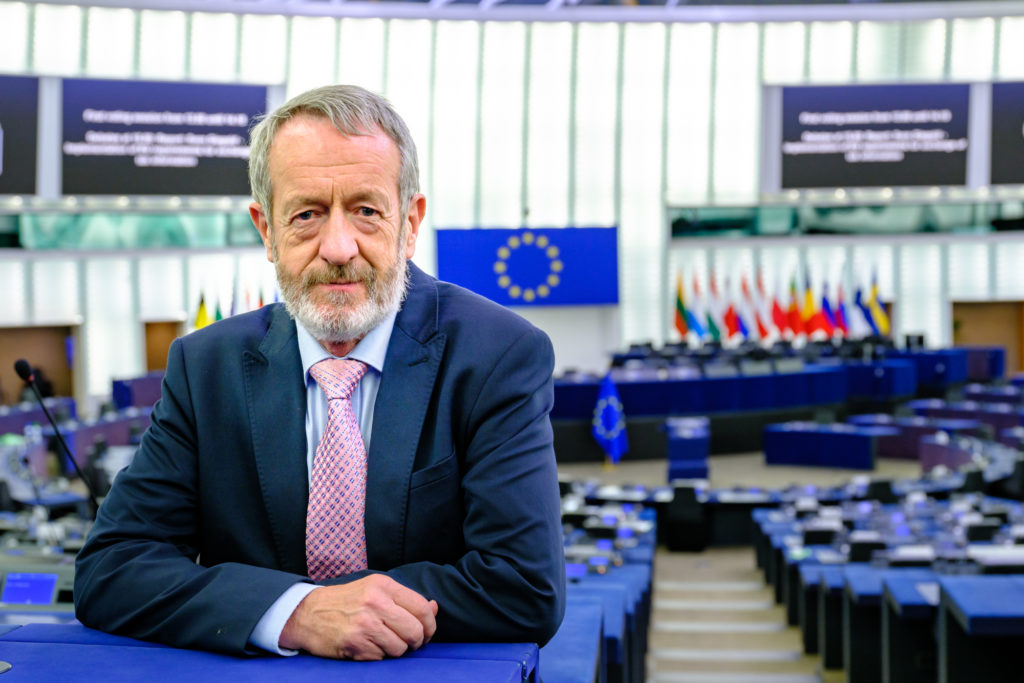 MEP for Ireland South, Seán Kelly, has received clarification from the European Commission who now agree with Kelly that Irish passport holders in Northern Ireland will be eligible for DiscoverEU, part of the Erasmus+ Programme that offers 18 year-olds a travel experience across Europe by awarding free one-month interrail passes to thousands of 18 years olds every year.

“More than 130 000 young people have been awarded a travel pass since the first application round in June 2018. This a great opportunity for young people across the entire island of Ireland to experience everything that Europe has to offer via the extensive rail network across the continent.”

“Erasmus+ is a brilliant EU program, which was first set up 35 years ago to facilitate study exchange programs for higher education students across Europe. Since then, nine million people have participated in it, and it has been extended to a wider range of groups and actions. It is a true success story for the EU,” said Kelly, a former teacher.

During this year’s application process for the free inter-rail pass, offered under DiscoverEU, it was believed that only residents of EU countries could apply. This meant that young people in Northern Ireland who hold Irish passports were not eligible. However, after reviewing the rules in detail, Kelly highlighted to the Commission that EU citizens, not just residents, should also be eligible. After consideration, the Commission agreed and issued new advice that would include young people from Northern Ireland.

“The UK were welcome to remain a part of Erasmus+ even after Brexit, as third countries can chose to be associated to the program (such as Norway, Turkey and Serbia). Yet, even with the promises made by Boris Johnson that the UK would not leave Erasmus+ in early 2020, British students now find themselves outside the programme,” Kelly added, who leads the Fine Gael delegation in the European Parliament.

“The Irish government stepped in to ensure that higher education students in Northern Ireland can still qualify for student exchanges. Now we have further clarification that Irish passport holders in NI can also still avail of inter-railing travel opportunities”, Kelly continued.

“I am delighted of the positive outcome of this clarification and I would strongly encourage all eligible young people on the island to consider applying for interrail tickets. This can be a once in a life time experience to discover the diversity of European regions and enjoy its cultural richness”, Kelly concluded.

Next application round for DiscoverEU opens in autumn 2022.