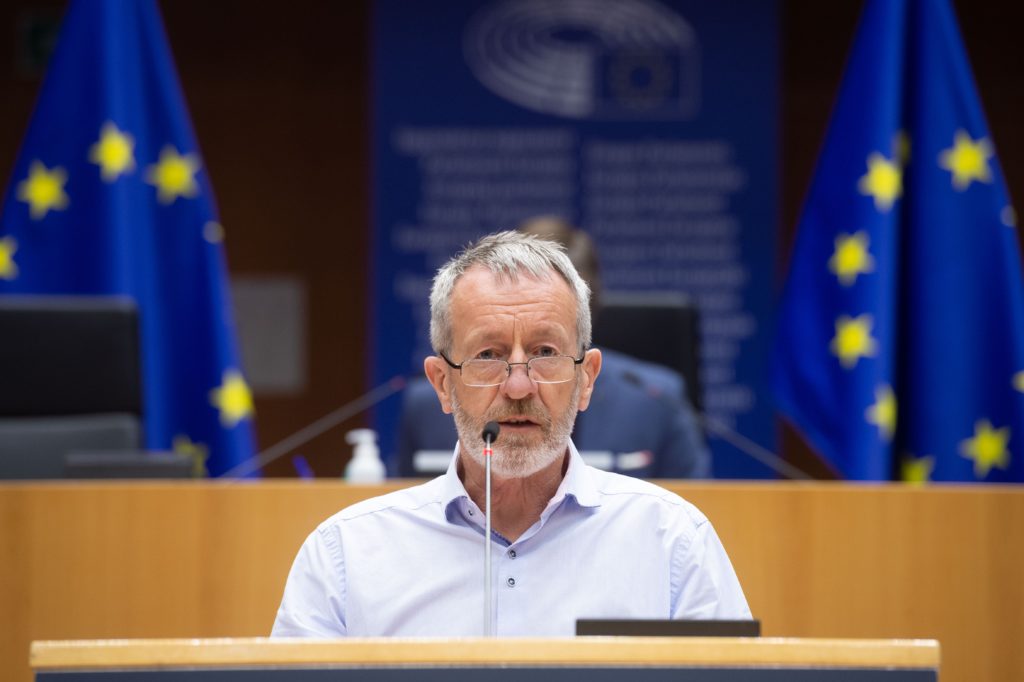 Fine Gael MEPs have warmly congratulated Women’s Aid on winning the European Citizen’s Prize 2021, following a nomination by the MEPs for the charity’s Too Into You campaign.

“Women’s Aid have been doing tremendous work for almost 50 years to stop domestic violence against women and children in Ireland,” said Seán Kelly, Leader of Fine Gael in the European Parliament.
“This award is a testament to that work, and a way to increase awareness of domestic violence at EU-level. Not only that, but it is a way to show those who have or are suffering from domestic abuse that we stand with them,” he added.

Seán Kelly, Deirdre Clune, Frances Fitzgerald, Colm Markey and Maria Walsh chose to nominate Women’s Aid for the 2021 Prize in recognition of the frontline support they have provided since the outbreak of Covid-19, with figures showing an increase by over 40% in calls to the charity.

The Too Into You campaign raised awareness of the signs of intimate relationship abuse, including abuse using technology among young adults, and provided a range of tools and resources.

“The pandemic highlighted how the online world can be a lifeline, but it is not without its risks. With more social interactions taking place online than ever before, online intimate relationship abuse has increased. 3 in 5 young people have either experienced such abuse themselves, or know someone who has,” Kelly said.

“Thanks to campaigns like Too Into You and the commencement of Coco’s Law, which criminalises the taking and distribution of intimate images without consent, discussions are taking place across the country and I believe that we are seeing real and positive change.”

The European Citizens’ Prize, which is given in recognition of exceptional achievements in promoting EU values or cross-border cooperation, will be presented to Women’s Aid at a public ceremony in the European Parliament’s Liaison Office in Dublin. The European Parliament will host a second ceremony in Brussels in November for all laureates from across the EU. This will be in conjunction with the 2020 ceremony, which was delayed due to COVID-19 restrictions.