Without a Just Transition, there may be no Transition at all 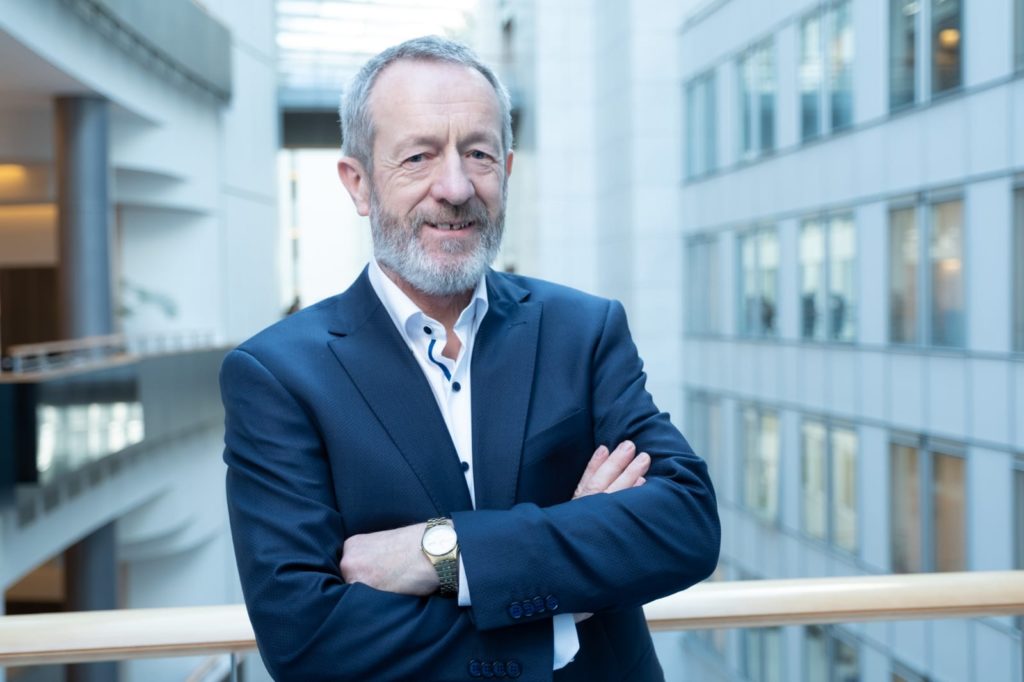 Since Parliament reconvened following the European elections last summer, one issue has topped the lists of priorities for most of the political parties. The issue of course is Climate Change and more specifically the ambitious new European Green Deal, which has recently been launched by Commission President, Ursula von der Leyen. As an MEP who for the past number of years has been heavily involved in the legislation aimed at decarbonising our energy system, the political signal of increased ambition coming from the Commission, and indeed the Member States in their almost unanimous agreement on the need to meet carbon neutrality by 2050, is extremely welcome.

This is the issue we heard on the doorsteps in May, and as the directly elected representatives of European citizens at EU level, it is important that we as European Parliamentarians now work to maintain an ambitious approach to the issue over the next four-and-a-half years, in line with the mandate we have been given.

For my own re-election campaign, I put the focus on a climate issue that I believe is paramount to the whole discussion. My number one election priority, and therefore my main priority in Parliament this term, is to work to ensure a Just Transition for all in the switch to a low carbon economy.

In the context of Climate Change, the Just Transition has become regular speaking point for politicians across the EU. What does it mean? Often those who talk about the Just Transition fail to emphasise how important it really is; often politicians find themselves instead engaged in the ongoing bidding war about what numbers we should put on targets; ‘if you say 25, we say 30; if you say 30, we say 40; and so on…’. Targets are no doubt important; without ambition at the top, there will be no incentive to invest, no certainty for industry to make the needed changes. However, if we fail to ensure a fairness and inclusivity in this transition, alongside our ambitions, we can forget about meeting any targets at all. It really is that important.

Discussions on the level of ambition of climate policies, be they on Twitter, at public meetings, or in the European Parliament, typically take a certain form. Both sides agree on the need for action. Side A demands a very high level of ambition; side B argues that such ambition would be economically irresponsible. Side A argues that the cost of inaction outweighs the cost of ambition; side B agrees but highlights the need to also protect competitiveness, keep costs down for citizens, etc. In the end, in the case of a policy-making arena at least, a compromise is found that can command a majority.

There is truth on both sides of this debate. The costs of inaction will of course outweigh the costs of putting a policy in place, there is no doubt about that; countless scientific reports paint a grim picture of the catastrophic consequences of failing to make the needed cuts to emissions. At the same time, increasing the costs of living for the average citizen, making industries less competitive, and cutting jobs in certain sectors brings its own problems for society. Perhaps adding to the complexity of all this, the latter challenge still seems to be more punishable electorally, albeit the former continues to become one of the most important political issues for voters.

This is where the EU’s new Just Transition Mechanism is so important; we need to ensure that targets are met, while at the same time protecting those most vulnerable to the inevitable economic changes we face.

The early signs at EU-level are extremely promising. Under President Von der Leyen’s new programme, every Member State will be able to get support in order to help their most impacted regions cope with the demands of a transition to a low-carbon economy. This is excellent news for workers across the EU whose livelihoods happen to depend on carbon-intensive work. In Ireland, this means workers involved in the extraction of peat for energy; in Poland it is coal, and elsewhere it could be the need to decarbonise certain polluting industrial practices. All actions come with a cost, and all necessitate financial support to ensure it is done in a fair and inclusive way.

Having worked on the InvestEU Programme during the last mandate, I am particularly pleased that it is set to play an important role in mobilising investments into the impacted regions. InvestEU builds on the successful model of the Investment Plan for Europe, the Juncker Plan, and is set to mobilise at least €650 billion in additional investment. This can play an important part in revitalising those regions in transition that need it most.

Finally, I am pleased to see the Commission’s proposal that significant additional budgetary resources be allocated to this programme. When discussions began on the Just Transition fund, the fear was always that existing funds would simply be rebranded and there would be no fresh money. The proposed figure of €7.5 billion is more than even we in the Parliament had called for; this is extremely welcome and I hope that Council can give its full support.

The transition to an economy in line with Paris Commitments is non-negotiable; these targets simply must be achieved. However, the policies we need to get us there are not straightforward and difficult decisions need to be taken. If we are to secure and maintain full public support for the needed ambition, we cannot allow anyone to be left behind. Without a comprehensive Just Transition Framework, we will not meet our targets. I look forward to the work ahead.