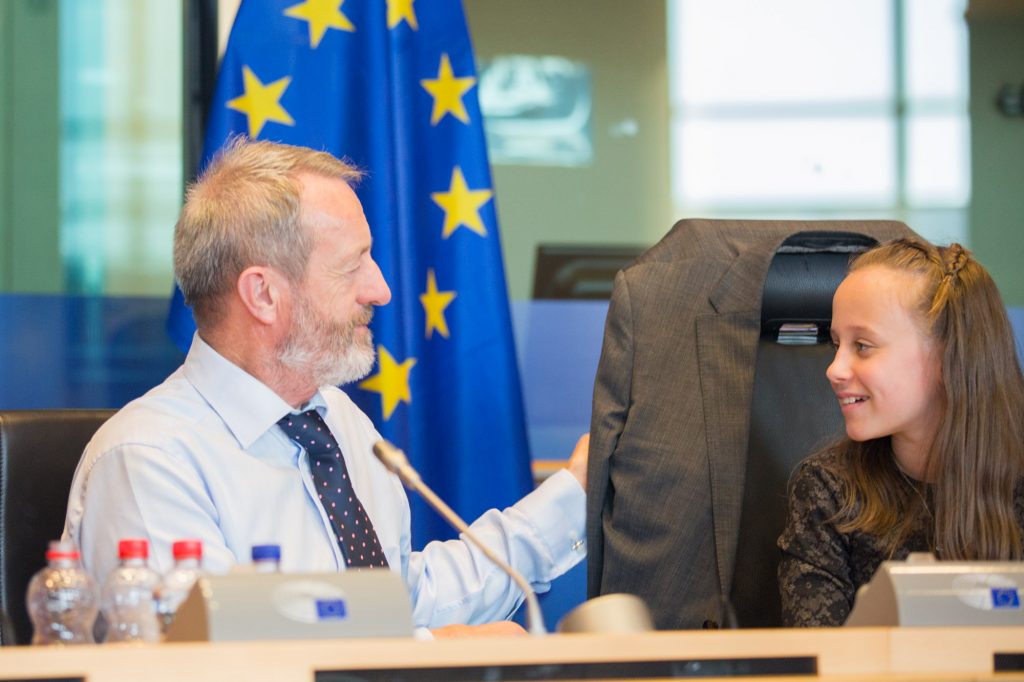 There’s an urgent need to improve Europe’s digital competence, Seán Kelly MEP and Leader of Fine Gael in the European Parliament today (Wednesday) told attendees at the sixth annual EUDojo computer coding event with Cork-born CoderDojo which he hosted to mark EU Code Week in Brussels. The Ireland South MEP said the annual event featuring children from across Ireland and the EU is one of his favourite days of the year, having seen the CoderDojo initiative go from strength to strength since it launched in Cork in 2011.

“CoderDojo is a global network of free programming clubs for young people, which aims to give children between the ages of 7 and 17 the opportunity to learn how to code, develop websites, apps, programmes and games.

“It is a revolutionary project which started in my constituency in Ireland back in 2011. After hosting the first EUDojo in the European Parliament in 2013, I launched the MEP CoderDojo Ambassador Initiative two years later to encourage the establishment of coding clubs in every EU Member State with the help of my MEP colleagues.

“Today the foundation works with 58,000 young people in 107 countries. It has helped children worldwide to learn code and enhance their digital expertise in a safe and social environment,” Mr Kelly told attendees.

The Ireland South MEP stressed that coding skills are now essential skills: “Basic coding skills are now a necessity for many jobs with over 90 percent of professional occupations requiring digital skills today. It is expected that by 2020, there will be as many as 825,000 ICT job vacancies. That is why it is so important to raise awareness of the opportunities coding can provide, foster an interest amongst citizens and ultimately improve the digital competence of Europe,” he told those present, including MEPs, European Commission representatives and industry stakeholders.