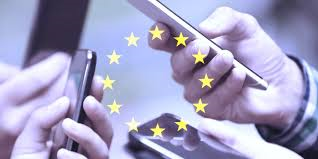 Seán Kelly MEP has welcomed an agreement to cap the cost of intra-EU calls or the tariffs applied to fixed and mobile calls from one EU Member State to another, in a deal reached during negotiations between the Council of Ministers and European Parliament this week. The deal would see calls from one EU state to another will be capped at 19 euro cents per minute while text messages will cost no more than 6 euro cents each during negotiations.

A final agreement on the EU Electronic Communications Code has yet to be endorsed by the full European Parliament and EU Member States under co-decision powers.

Intra-EU calls still tend to have prohibitive prices for consumers. The European Consumer Organisation BEUC states that the cost of calling other EU countries currently varies from 5 cents a minute to 80 cents a minute.

Because of the removal of roaming charges, calls made while abroad can end up cheaper than those made at home, something MEP Kelly considers unacceptable.

“This week’s agreement follows the abolition of mobile roaming charges last June, which I had campaigned for since I was elected as an MEP in 2009. Citizens have benefitted greatly since then, by being able to use their phones abroad without running up a huge bill. However, the work is not complete until we secure the removal of charges on calls from one EU country to another. With this week’s agreement, we have taken another big step towards achieving this,” Mr Kelly said.

“We currently have an unacceptable situation whereby calls made while abroad can be cheaper than calls made while at home. With roaming we removed one possibility for companies to extort consumers – the regulation of tariffs on intra-EU is the next necessary step to end extortionate charges.

“The new Code would put an end to excess charges on intra-EU calls. I look forward to the final parliamentary vote on this agreement to bring this code into law,” Mr Kelly added.