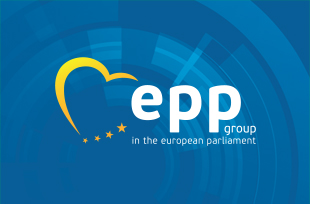 Seán Kelly MEP will host a major meeting of Europe’s biggest political group, the Group of the European People’s Party, in Wicklow in May 2017, he confirmed yesterday (Tuesday). The event will see leading EU politicians and members of the EPP, to which Fine Gael is aligned in Europe, gather in the Newtownmountkennedy area of Co Wicklow for two days of discussions and policy development with several key speakers. An Taoiseach Enda Kenny is invited to address the event and Mr Kelly further confirmed that he has invited the EU Commission’s Chief Negotiator on Brexit, Michel Barnier, to speak to attendees in Wicklow.

“I am delighted to confirm that the EPP Group has accepted my invitation and I will be honoured to host a meeting of the EPP Group in Wicklow, in my constituency of Ireland South, on 11-12th May. The implications of Brexit will be a major issue on the agenda as well as other key future EU policies. Given Ireland’s specific and unique situation concerning the UK’s departure from the EU, it is fitting that the issue will be debated in Ireland.

“Ireland’s Brexit concerns are fully understood at EU level and we continue to engage with our EU partners on those issues as the UK prepares to trigger Article 50 and launch negotiations. The remaining 27 EU Member States will negotiate with the UK as one bloc, with the EU Commission’s Chief Negotiator Michel Barnier leading. I have met Mr Barnier on Brexit on several occasions and he is working closely with the Taoiseach Enda Kenny, Irish MEPs and government ministers. I have also invited Mr Barnier to come to address this meeting in Wicklow in May,” Mr Kelly said, speaking from the European Parliament in Strasbourg today.

The meeting will include prominent members of the EPP Group’s Bureau and Presidency which is responsible for the Group’s political and strategic decisions and several other high-profile guest speakers from Europe as well as those from Fine Gael, details of which will be confirmed at a later date.

Mr Kelly is the Leader of the Fine Gael delegation in the European Parliament and an MEP since 2009.