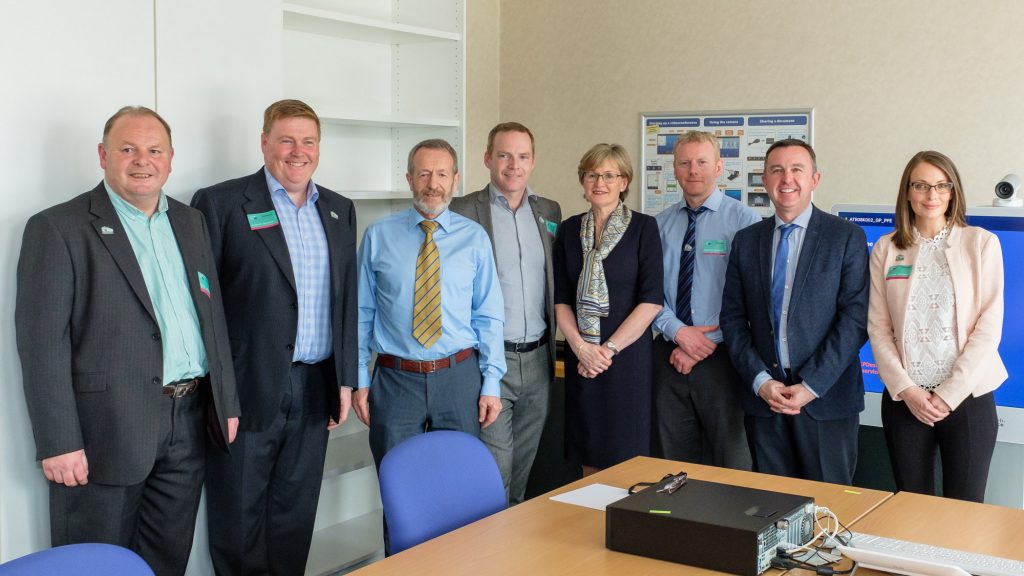 “The Men’s Sheds initiative started in Australia and came to Ireland next, where it has become the leading country in Europe. Irish Men’s Sheds has the potential to inspire more clubs to be developed in every EU country and I am encouraging them to use their nomination for the European Citizen’s Prize as the platform to do so,” said Seán Kelly MEP in congratulating the Irish Men’s Sheds Association on their success to date at a meeting in Brussels this week, following a nomination by the four Fine Gael MEPs for the 2018 European Citizen’s Prize.

“The Men’s Sheds Association has wonderful ideals such as social inclusion, community spirit, practical developments and non-profit products which benefit their communities and society at large,” Mr Kelly said following a meeting with the Irish group in the European Parliament this week.

The Ireland South MEP underlined that Irish Men’s Sheds don’t have any core funding which they need, and noted that insurance can be a challenge for the Association. Mr Kelly suggested that possible funding should be explored and a new insurance product developed to cater for their specific needs.

In proposing the Irish organisation for the 2018 European Citizen’s Prize which recognises projects or individuals that promote cross-border cooperation and EU values, the Fine Gael MEP Delegation said the movement “has distinguished itself in strengthening European integration”.

“The Men’s Sheds motto is ‘Men don’t talk face to face. They talk shoulder to shoulder’. It creates a space where men can otherwise discuss health issues and emotions while engaging in purposeful activities. This advances the health and well-being of the participating men by combatting issues such as loneliness and isolation while creating a culture where men can openly discuss their thoughts and feelings without stigma.

“It has shown how integration is one of its key values by being a dedicated, friendly and welcoming meeting place where men, regardless of age, background or ability, come together and undertake a variety of mutually agreed activities. These activities include carpentry, bike and vehicle repairs, upholstery, gardening, bee keeping, painting, singing, developing IT skills, and playing cards,” the four MEPs stated in their official nomination.

“The Association is part of a larger network of Men’s Sheds associations in England, Scotland, Wales, Finland, and Greece thereby inducing European cohesion and it provides information, resources and support for others to set up their own Sheds. Together with the other European branches, it is strengthening European integration and so we are delighted to nominate them for this prize.”

The European Citizen’s Prize celebrates projects and initiatives that facilitate cross-border cooperation or promote mutual understanding and EU values. Winners will be announced later this year ahead of an official prize-giving ceremony at the European Parliament, Brussels in October.

Women are also welcomed by the Irish Men’s Shed Association, as the organisation confirmed to Mr Kelly.