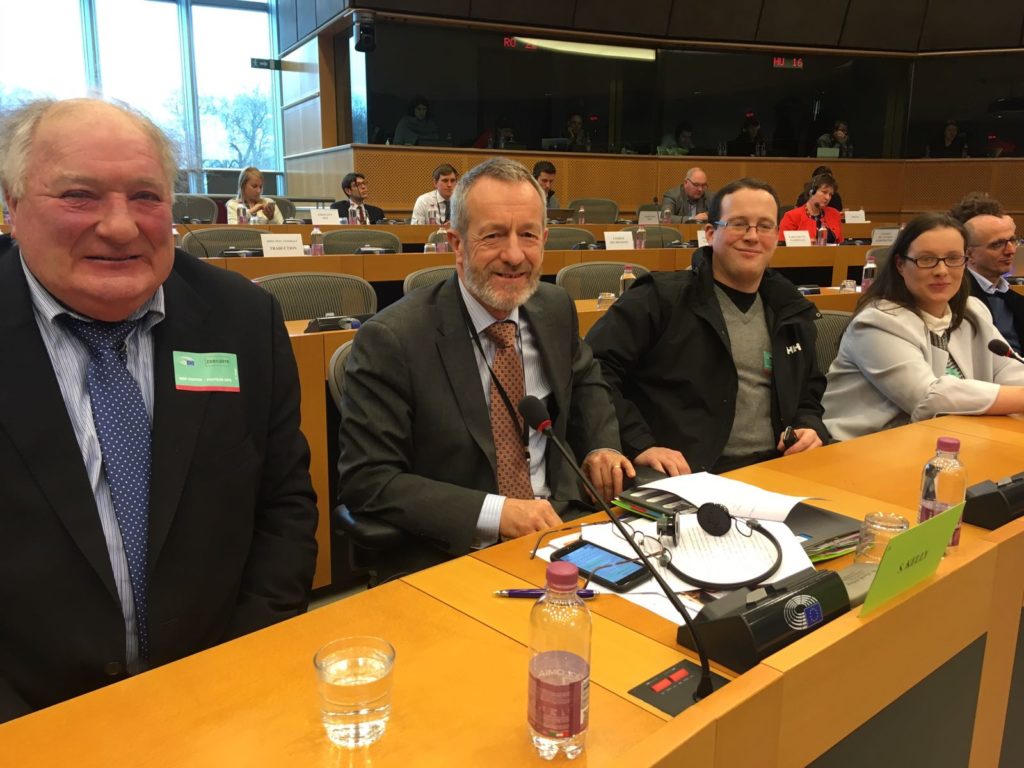 Seán Kelly MEP (Ireland South) has confirmed that the European Parliament’s Petitions Committee will request that the Department of Agriculture reviews the case of a Co Clare husband and wife who were refused cattle identity tags and suffered financially as a result. The case will also be referred to the Parliament’s Committee on Agriculture for further assessment.

The decision was taken following today’s presentation by Mr Kelly and Tom Clair at a hearing of the Petitions Committee in Brussels today (Tuesday). Mr Kelly, who assisted Mary and Tom Clair from Maghera, Lahinch, Co Clare in bringing their petition to the Parliament, underlined that the farmers had “suffered enormously as a result” of the situation.

“The case dates back to March 2001, when Mary and Tom Clair applied to Mullinahone Co-op for tags. However, the District Veterinary Office of the Department of Agriculture downsized the order, because the applicants had sufficient unused tags from the previous year. Unfortunately, these unused tags had been accidentally burned.

“The refusal of the authorities to provide cattle identity tags left some of their animals untagged and unregistered. Due to the absence of tags, they were unable to sell their animals and did not have enough shelter for them on their farms. In addition, as 2000, 2001 and 2002 were reference years for calculating eligibility for EU farm schemes, Mr and Mrs Clair were disadvantaged due to not being able to register all their animals and their payments were subsequently lower than the real numbers on their farms should have allowed,” MEP Kelly said in Brussels today.

In response, a European Commission spokesperson told the hearing that Member States administer the CAP budget and therefore evaluate each individual case in accordance with EU laws. However, the case of Tom and Mary Clair, “seems to fall under an administrative problem”. The spokesperson added that the European Commission “regrets the situation” and suggested that the Petitions Committee should appeal to the national authorities.

In welcoming the outcome, Mr Kelly thanked the Commission and other MEPs for their support: “The Petitions committee has decided to write to the Department of Agriculture to ask them to review the case of Tom and Mary Clair to see if there is some flexibility to help them and give them their entitlements. The Petition is also being referred to the Committee on Agriculture of the European Parliament so that committee can also examine the case.

“The petitioners are seeking compensation from the Irish State and are seeking the farm premium rights allegedly withheld from them. They received a great deal of support at the Parliament today and the Committee on Petitions will revisit the case on receipt of a response from the Department of Agriculture. We are hopeful that a solution could be found,” added Mr Kelly.