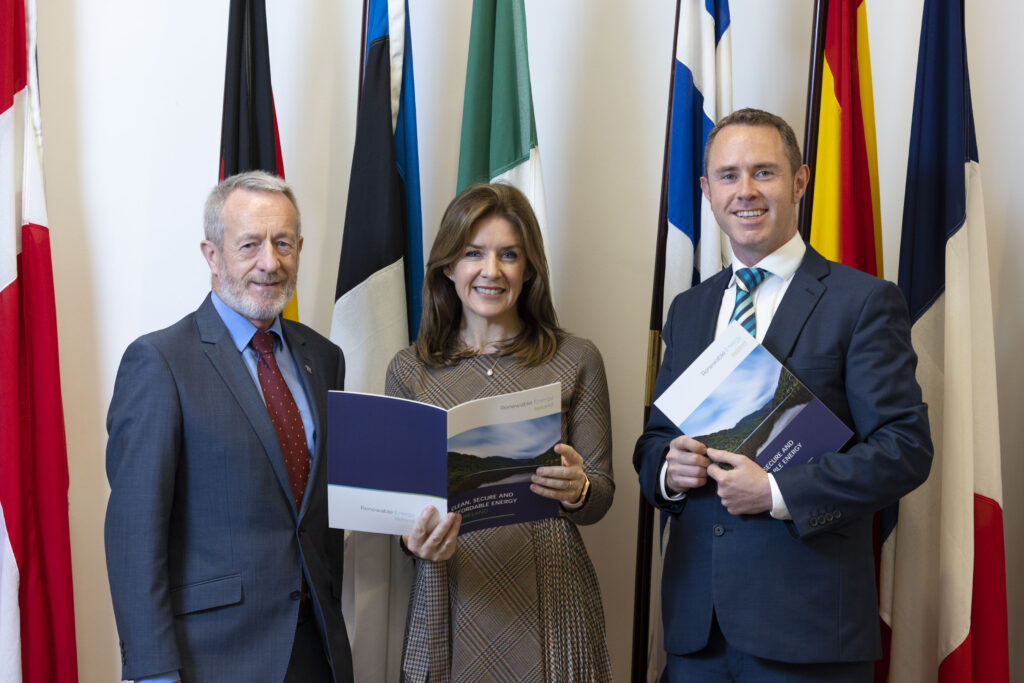 Ireland needs to drastically increase its production of renewable energy but red tape, such as planning permission and licencing, is still holding back that ambition and tying it up in chains, Seán Kelly MEP has warned. The Ireland South MEP was speaking after attending the launch of Renewable Energy Ireland’s new strategy this week. The strategy details how Ireland can become energy independent with the economy and society powered by clean, carbon-free, renewable energy.

“It is clear that to reduce our dependency on fossil fuels, and particularly on gas, further action is needed to reduce the energy consumption of buildings. A massive increase in renewable energy usage in terms of power generation, industry, better buildings and greener transport will accelerate our phasing out of Russian fossil fuels. It will also, over time, lower electricity prices and reduce fossil fuel imports”, Kelly said.

“For Ireland, wind energy remains our most available and reliable resource. This sector will be vital, which in time, will be combined with green hydrogen production to transform the country into a low carbon and competitive economy. I have called for an Irish Hydrogen Strategy for a long time now and I hope we can see one very soon.

“However, permitting and licensing procedures remain one of the biggest hurdles in achieving mass deployment of renewable technologies”, he warned.

“When it comes down to it, planning authorities need the personnel and technical capacity to get through the necessary administration as quick as possible so projects can get to their operational phase. I have made and supported proposals that would allow the granting of a priority status in national law for public interest renewable energy projects as well as a corresponding streamlining of planning and permitting procedures. For a country like Ireland, this could be vital.”

In addition, with the increased electrification of heating and cooling and significant increases of renewable energy generation, Kelly believes the grid will need major upgrades to meet demand.

“The simple fact is that we will never meet targets if politicians and objectors oppose all the new electrical lines and cables we badly need. That may be difficult for some to hear, but that does not make it less true. In some cases, red tape has Ireland’s renewable energy potential in chains.”

MEP Kelly added that he was “delighted” to join the launch of Renewable Energy Ireland’s new strategy: “Listening to Dr Tanya Harrington, Chair of REI, and Paddy Finn from Demand Response Aggregators of Ireland, it is clear that Ireland has an exciting future ahead in terms of renewable energy generation and export so long as those opportunities are realised”, he said.

Kelly, who is a long-time member of the European Parliament’s Committee on industry and energy, has focused extensively on promoting renewable energy. In the last parliamentary term, Kelly was lead negotiator for the Parliament’s largest Group, the EPP, on the Renewable Energy Directive and now holds the same position in negotiating the Energy Performance of Buildings Directive (EPBD). The EPBD is the main legal instrument associated with retrofitting Europe’s building stock.