MEP for Ireland South, Seán Kelly, has called on the EU to lead the global push for Climate Action and to put pressure on non-EU countries to meet key objectives. Kelly, who has been appointed to a leading role in the European Parliament for Climate Change negotiations, yesterday addressed the Committee on Industry, Research and Energy (ITRE) and stressed the importance of Europe being “strong in demanding that our competitors follow our lead and commit to lowering emissions”.

“Recent positive statements from China and the US ahead of the Paris Conference are encouraging, but the EU certainly now has an important role to play in ensuring that these encouraging words are turned into concrete, ambitious commitments in December. This will help to bring increased certainty to European industry.

“It is vital that a binding global agreement to combat Climate Change is finalised in Paris. The serious consequences of not acting at this point are clear and there is a need to ensure that the outlook is positive; an ambitious agreement will send the right signals and will go hand-in-hand with the creation of new skills, new jobs and the furthering of our economic growth.”

The Fine Gael MEP’s parliamentary speech (Tuesday) follows the release of a new report by the International Energy Agency (IEA) which shows that a decoupling of global economic growth and emissions occurred for the first time in at least 40 years, outside of an economic crisis. MEP Kelly welcomed the report, saying that it comes at ‘just the right time’.

“I am very pleased to read the timely findings of this report as we move towards the Paris Conference. The message it sends to industry, to political leaders and to the general public is extremely positive; global economic growth does not automatically mean increased global emissions.”

The IEA report says that the global economy grew by around 3 percent in 2014 but that energy-related carbon dioxide emissions stayed flat. Mr Kelly was keen to single out the key role of renewable energy in reducing emissions.

“Increased renewables in our energy mix has no doubt played a huge part in this decoupling that we now see. The EU has already seen emissions decline by 19 percent between 1990 and 2013 with GDP growing by 45 percent in the same period. European technological breakthroughs in renewable energy have contributed greatly to this – a lot has clearly been done, but there is a lot more to do”, he concluded.

The European Parliament is currently formulating its position ahead December’s 21st Session of the Conference of Parties to the United Nations Framework Convention on Climate Change (UNFCCC) in Paris which will aim to finalise an agreement on climate action. 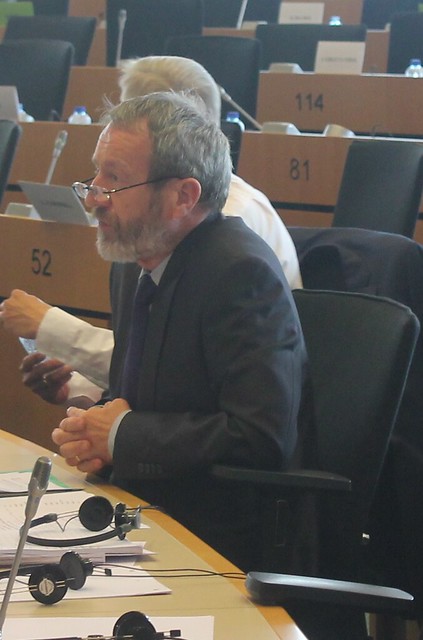