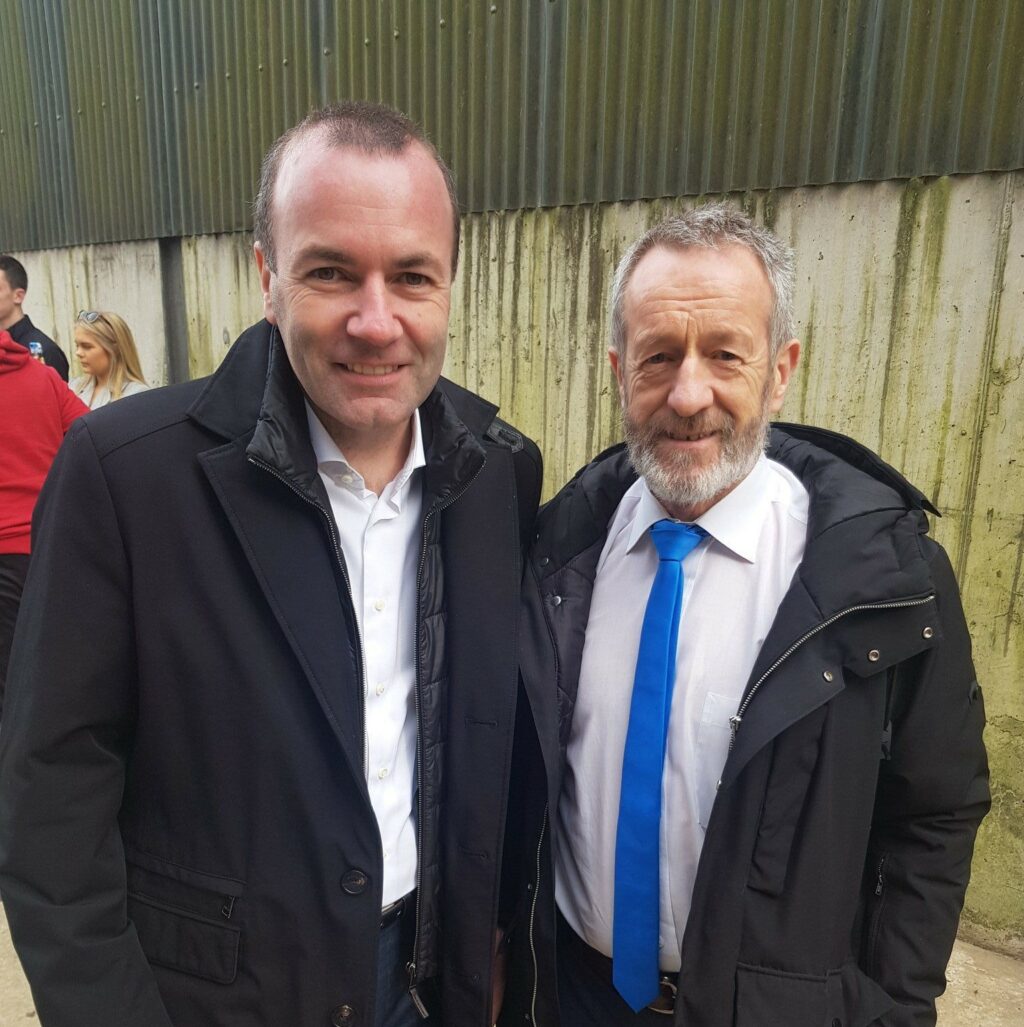 When Russian tanks rolled across the border on 24 February, it was not only the territorial integrity and independence of Ukraine under attack – it was the basic principles that Europe holds so dear being threatened. It was a brutal, illegal, unprovoked, assault on democracy, freedom and the rule of law.

Putin wants a revisionist future – where history can be re-written, where spheres of influence exist, iron curtains are drawn closed and were personal liberty and dignity are an inconvenience to the State. He wants a return to a past we had consigned to history books. A past where Europe’s geographical integrity and Europe’s freedom to choose with whom to cooperate and how to integrate is called into question.

A past we cannot return to. A past that Europe cannot allow to become Ukraine’s future.

Ukrainians want to be free. Free to vote as they choose, free to dissent as they please, free to speak, to write, to assemble openly. Free to make their voice their own. They know what is at stake. They know what they have to lose. Europe knows this only too well.

Ukrainians made it clear: when people have a choice, they choose democracy over autocracy, freedom over censorship, rule of the law over rule of the few.

This is our moment as much as it is theirs. Our future lies together, side by side, in peace. And we know that it must be a real peace, not a peace designed only to appease. It must be peace with dignity, with freedom and with justice.

Ukraine looks to us for hope in a war that they should never have been forced to fight. We will not refuse them their European future. When Ukraine submitted its application as an EU candidate country, it did so with the weight of history on its shoulders.

That is why, we should not wait any longer to grant Ukraine the candidate status it needs, it has fought for and it deserves, based on respected criteria and merit. A partnership that will be as beneficial to Ukraine as it will to the rest of Europe. We know the journey towards membership will be a long one, we know the path will not be easy, but we know it is possible. And we must make clear that Ukraine belongs firmly within our European family. This is also true for the Republic of Moldova.

Not as a second-class member, or by creating an ad hoc geopolitical community as President Macron has suggested, but as one of us. Together.

In the same vein, we cannot continue the wait and see approach towards the Western Balkans. They deserve a fair treatment. We need a clear timetable for the enlargement process, with concrete milestones. Enlargement is not a matter of single market and business, it is today a matter of security and values. As regards Turkey, a full membership is not realistic and we should be honest about it.

Although facing a different set of challenges, Ireland stands an example for the benefits of joining the EU. Since European Economic Community (EEC) in 1973, life for Irish people has improved significantly.

EU funding played a big part in modern infrastructure and membership of the Single Market has transformed the Irish economy into one of the worlds most open, with businesses across the island trading with a diverse set of partners.

The process of European integration has transformed countries that today are EU Member States. It has motivated reforms that many thought impossible. It has created peace and prosperity. It has empowered millions of Europeans and it has created equality of opportunity. It can be so in Ukraine too.

The next European Council should take a clear stand. Let us not waste any more time and send a clear message to Putin, to our citizens and to the world: This is Ukraine’s time. This is Europe’s time.

Authors:
– Seán Kelly MEP, Leader of Fine Gael in the European Parliament and a member of the European People’s Party (EPP) Group
– Manfred Weber MEP, President of the EPP Group