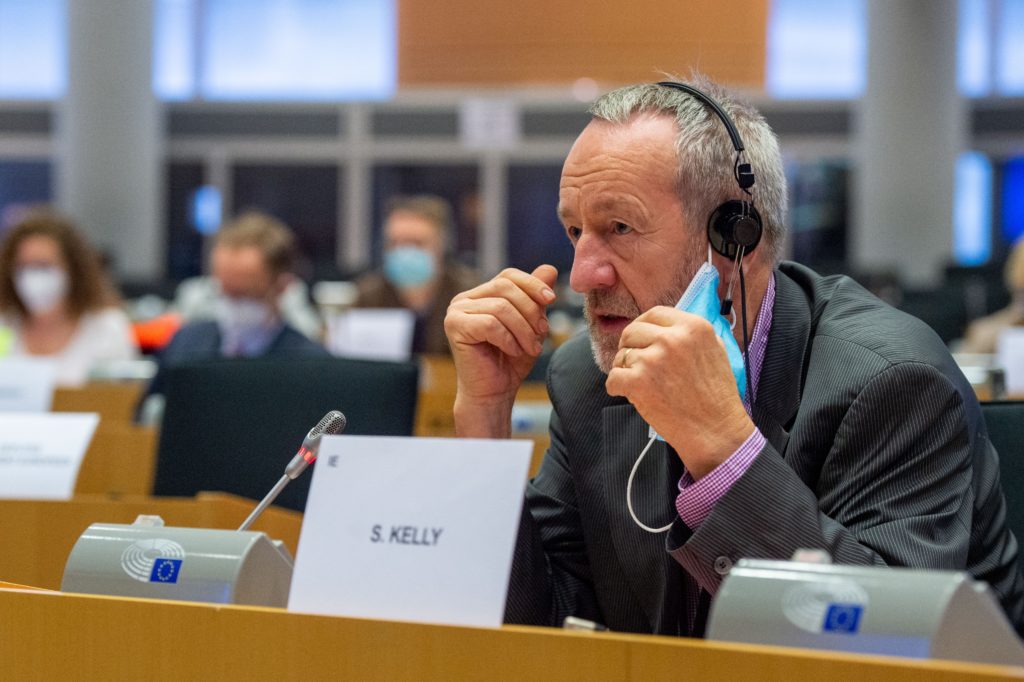 “The ongoing stalemate over the Protocol on Ireland/Northern Ireland is a serious cause for concern – resulting in uncertainty and less investment. The longer it continues, the harder it will be to resolve and move forward”, that was the main message from today’s hearing on the Protocol held by the European Parliament’s Trade Committee according to the organiser, Seán Kelly MEP.

“This is a crucial moment for Europe, not just the EU but Europe – the UK included, and returning to underhand comments about triggering Article 16 in the media is neither welcome nor helpful. Especially in the current context and pending elections”, stressed Seán Kelly, First Vice-Chair of the Parliament’s delegation to the EU-UK Parliamentary Partnership Assembly.

The Ireland South MEP warned that the invasion of the Ukraine by Russia has “fundamentally changed the current geopolitical landscape and indeed in many ways it has changed the trajectory of EU-UK relations”.
“The Protocol itself came about after years of negotiation, and although it was not the only option on the table, it has prevented a hard border on the island of Ireland. However, it remains unpopular with a sizeable portion of the unionist community for a variety of reasons. Of course, these concerns certainly should not be brushed aside as legitimate grievances exist, instead we must work to minimise any negative effects whilst also promoting the positive by-products of the agreement – because there are many. In this regard, I must give EU Commission Vice-President Sefcovic credit for engagement with political representatives and stakeholders in Northern Ireland.

“On the other side of the coin, the Protocol was necessitated by the type of Brexit chosen – so some sort of disruption or trade checks was inevitable”, Kelly told attendees following the hearing in Brussels.
Political will and leadership from both sides is needed in order to resolve outstanding issues, so that we can continue to build our new relationship in a positive manner – which is in both the UK and EU’s interest, Kelly added.

“This the first hearing in the trade committee on the Protocol, it is imperative that we continue to hear from those on ground so that we can see the full totality of the effects of the Protocol on trade, businesses and most importantly the people. As Chair of the UK Monitoring Group, this is my primary objective” Kelly concluded.

Seán Kelly MEP was appointed Standing Rapporteur for the UK in the Parliament’s Committee on International Trade. He is also Chair of the Monitoring Group for Trade with the UK and has a prominent role in the “UK Contact Group”, which provides the political direction for the Parliament in matters relating to the UK.
In December, Mr. Kelly was elected First Vice-Chair of the UK Delegation in Parliament, which along with their counterparts in Westminster, will convene the UK-EU Parliamentary Partnership Assembly (PPA) established under the TCA.