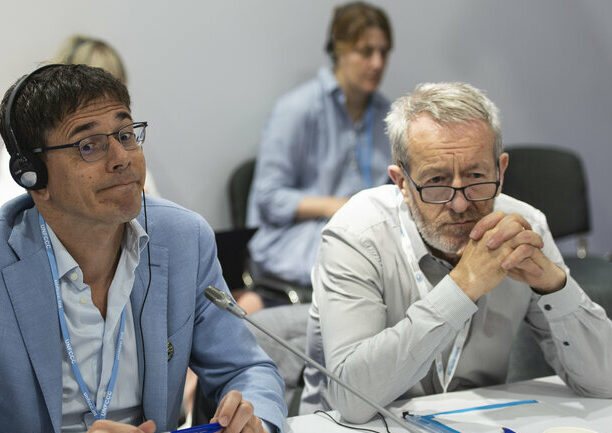 “Although the world’s poorest contribute the least to climate change, these countries face the greatest risks and require international support to finance adaptation,” said Kelly, who is taking part as a European Parliament delegate to COP27 in Egypt this week.

“The risks of climate change are no longer hypothetical, they are reality,” said Kelly. “With warmer the temperatures, more energy is injected into the climate systems leading to a higher degree of erratic weather and increased severity and amount of natural disasters. We have seen this in recent months with the disastrous flooding in Pakistan, leaving thousands of families homeless, and more climate disasters are in store, we just don’t know where or when they will strike.”

“I strongly support Ireland’s donation of €10m to the Global Shield initiative against climate and disaster risks. The G7-led initiative will provide funding for vulnerable nations, including Pakistan, to deliver new ‘protection plans’ for climate disasters.”

“We must stand by countries that are most at risk in the climate crisis,” said Kelly, and close the disaster risk protection gap for the most vulnerable people. Helping other countries adapt to climate change is also in our own interests as it is clear this must be a global effort.”

Kelly also welcomed the announcement of the European Union’s plans to cut emissions by 57 percent by 2030, a two per cent increase on its previous goal.

“The announcement that the EU’s 2030 climate goal can now be increased to 57pc, from 55pc is a major step forward for climate and a signal that Europe is delivering on its Fitfor55 targets.”

“The issue of loss and damage financing has rightly dominated discussions at this years’ COP 27, however, keeping the 1.5 alive is still very much on the agenda and in the context of the current dramatic situation it is vital that we continue to uphold and now expand upon our ambitious climate goals.”

The goal of the Paris Agreement, the legally binding international treaty on climate change, is to limit global warming to well below 2, preferably to 1.5 degrees Celsius, compared to pre-industrial levels.