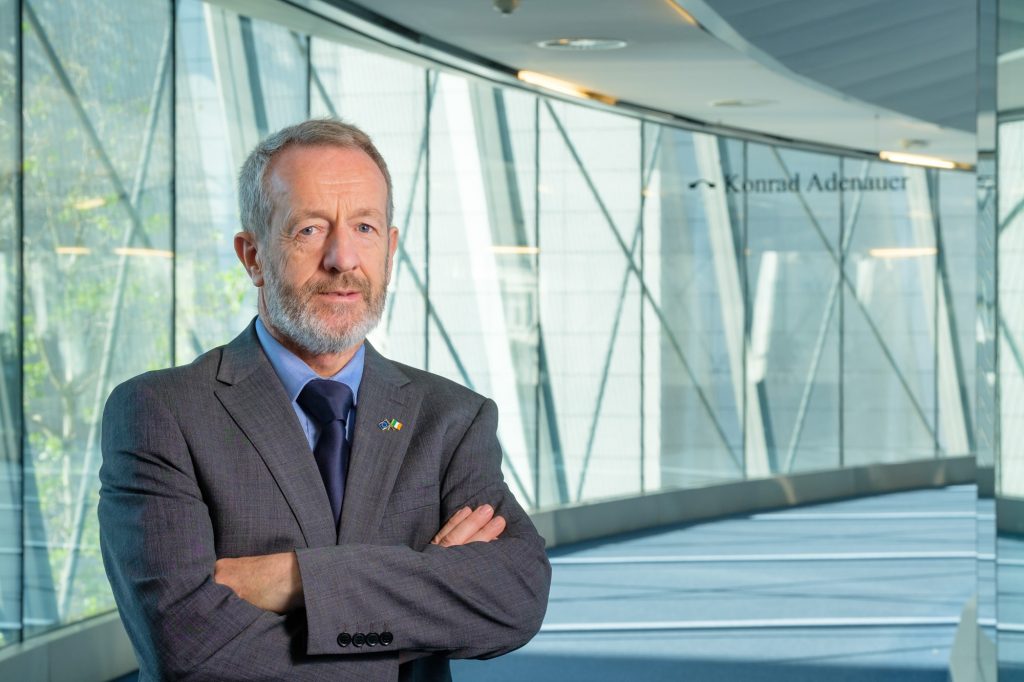 MEP for Ireland South and leader of Fine Gael in the European Parliament, Seán Kelly, will next week host a public meeting in Tullamore on Bord na Mona’s decision to transition away from the use of peat in power stations.

Mr. Kelly’s meeting takes place from 19:00 – 21:00 on Thursday the 28th of February in The Bridge House hotel. It is open to all and will feature presentations from Aleksandra Tomczak of the European Commission, John MacNamara, Head of Regulatory Affairs at Bord na Móna, and Willie Noone, Energy Sector Organiser at SIPTU.

Speaking from Brussels today (Tuesday) about his upcoming event, Mr. Kelly made the following comments.

“I am looking forward to being in Tullamore to discuss this important issue. I am holding this meeting to give workers and locals the opportunity to hear from key policy makers and experts and discuss with them the possible ways forward for the Midlands.

“Climate Change has been at the centre of my work for a number of years. I was part of the Parliament’s delegation at the historic COP21 in Paris, and have subsequently been part of the delegations to COP22 in Marrakesh, and COP24 in Katowice.

“I am a firm supporter of ambitious EU action to decarbonise our economy and address the causes of Climate Change. However, I strongly believe that the transition to a low carbon economy must be inclusive and fair, and that we must find ways to ensure that no citizens or workers are left behind.

“The fair and inclusive transition to a low carbon economy is a key part of the European Commission’s new 2050 Climate Strategy, and there is no region in Europe that demonstrates the pressing need for policies that make this transition fairer more than the Midlands.

“I look forward to meeting those affected and addressing this issue of huge concern for us all”, he concluded.

All interested in attending are invited to RSVP to [email protected] Registration begins at 6.30pm where refreshments will be served, and the event will run from 7-9pm.