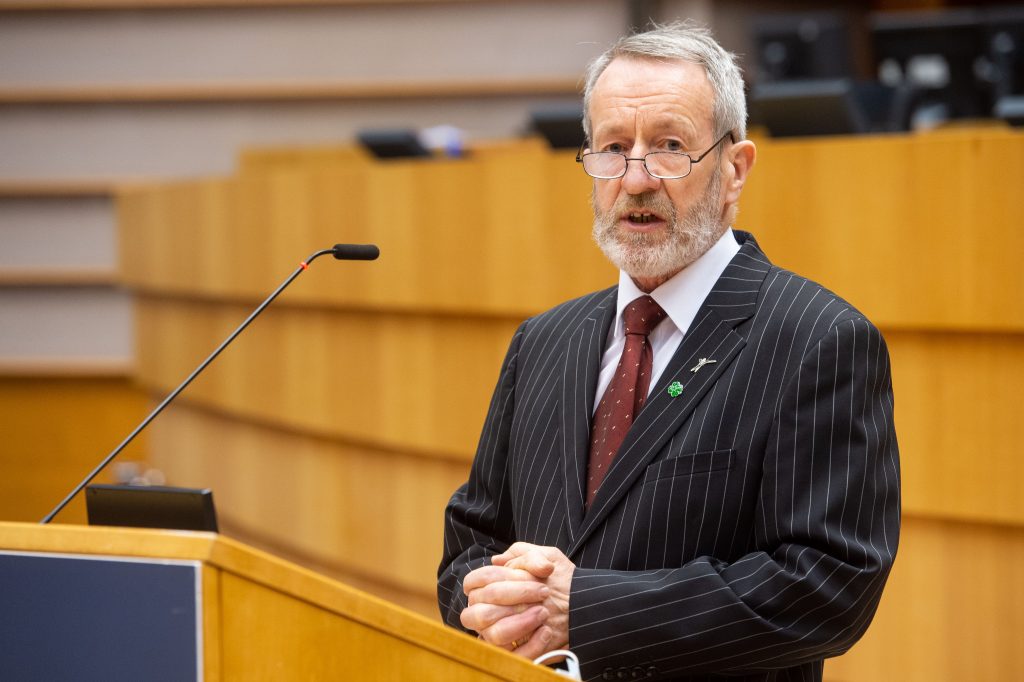 MEP for Ireland South and Fine Gael’s leader in the European Parliament, Sean Kelly, has expressed his optimism about the passage of the protection of animals during transport Resolution.

Speaking from Strasbourg today (Thursday) following the result in plenary, Mr. Kelly acknowledged that while EU animal welfare legislation is one of the most advanced in the world, Europe cannot hide from the fact that some of these standards are not always implemented adequately across member states.

“I fully support practical steps in improving animal welfare standards in Europe and for the most part, this motion contains many positive aspects to that end. Indeed, Ireland has gone above and beyond EU regulation in ensuring animal welfare during transport, he said.

“I am thankful to my Irish colleagues, who proposed amendments to this bill, with the EPP Group ensuring that we reached a balanced agreement. However, farmers are on the frontline of many core issues we face today, from climate change to animal welfare. We must not lose sight of the fact that this is a livelihood for millions of people, to which farmers are deeply and emotionally committed.

Today’s motion seeks to safeguards our farmers access to bring calves into the EU single market and guarantees improved animal welfare”, he concluded.

MEPs adopted recommendations on Thursday with 557 votes in favour, 55 against and 78 abstentions. They call on the Commission and EU countries to step up their efforts to comply with animal welfare during transport, to update EU rules and to appoint an EU Commissioner responsible for animal welfare.