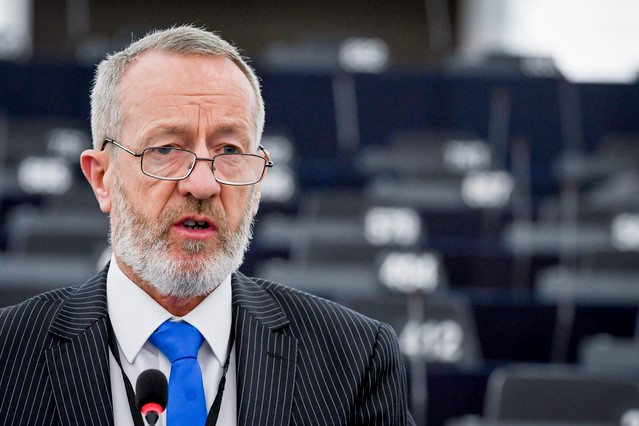 Seán Kelly MEP, Leader of Fine Gael in the European Parliament, is urging the UK to intensify efforts to reach a deal with the EU on a future partnership, in everyone’s best interests. The Ireland South MEP was commenting following the adoption of the Parliament’s recommendations on the negotiations following a plenary vote by MEPs today (Thursday, June 18).

“The clock is ticking since a deal needs to be done by October 31 in order to allow adequate time for its ratification. Time is short and the pressure is high – but the UK government still has an opportunity to prioritise the lives and livelihoods of its citizens by being pragmatic and taking responsible decisions now”, said Mr Kelly, a Member of the European Parliament’s International Trade Committee.

“The onus is on the UK to really step-up now and make a constructive effort to reach an agreement with the EU, who have been consistent throughout the whole process, on a future relationship that includes living up to commitments already made in the Political Declaration.”

Mr Kelly also expressed disappointment that the UK has ruled out an extension to the transition period, however, the indication that talks may intensify during the month of July is positive.