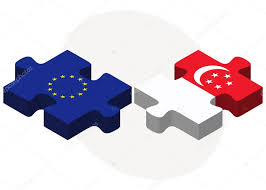 Sean Kelly MEP will lead negotiations on the proposed EU-Singapore trade deal for the European Parliament’s Trade Committee, advising MEPs whether to accept or reject its terms.

“South-east Asia represents important export opportunities for EU businesses. With Singapore being the EU’s largest trading partner in that region, accounting for €74 billion worth of all trade in goods and services, this deal has significant potential.

“A successful deal with Singapore will help launch talks with other countries in that region. For that reason, the EU-Singapore deal is considered a stepping stone to similar deals with Malaysia, Thailand and Vietnam,” said Mr Kelly, as Ireland’s only member of the Trade Committee (INTA).

“Singapore is already home to some 8,800 EU companies and is used as a hub to serve the Pacific Rim,” Mr Kelly added.

The Ireland South MEP will represent the views of the EPP Group – the largest European political grouping to which Fine Gael is aligned, in authoring a report on the EU’s first such deal with a south-east Asian economy. Mr Kelly will review the proposed EU-Singapore trade deal, ultimately calling on the European Parliament to support or reject the deal in a final vote.

For the trade deal to proceed, Parliament and Council must agree on its terms under co-decision rules.