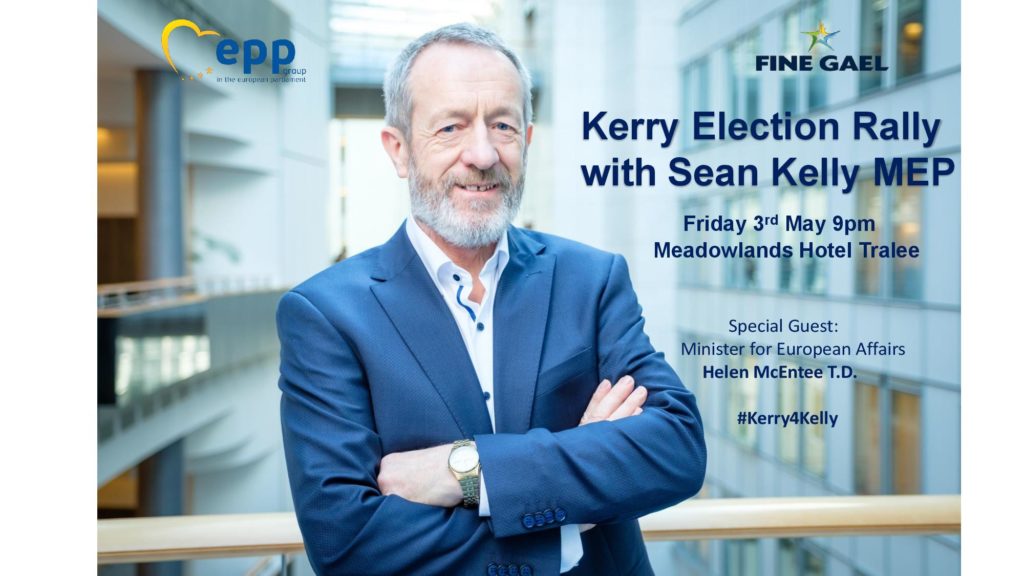 MEP for Ireland South and leader of Fine Gael in the European Parliament Sean Kelly will host an election rally in Tralee tomorrow 3rd May, ahead of the European elections.

The Kerry-based MEP will be joined by Minister for European Affairs Helen McEntee T.D. in the Meadowlands Hotel Tralee from 9pm for a discourse on the crucial roles played by Fine Gael in the European Parliament and Dail Eireann.

Mr. Kelly has invited his Ireland South constituents to join him for an evening of networking, where he will also discuss his priorities for the upcoming European elections.

Attendance can be confirmed by email to [email protected]