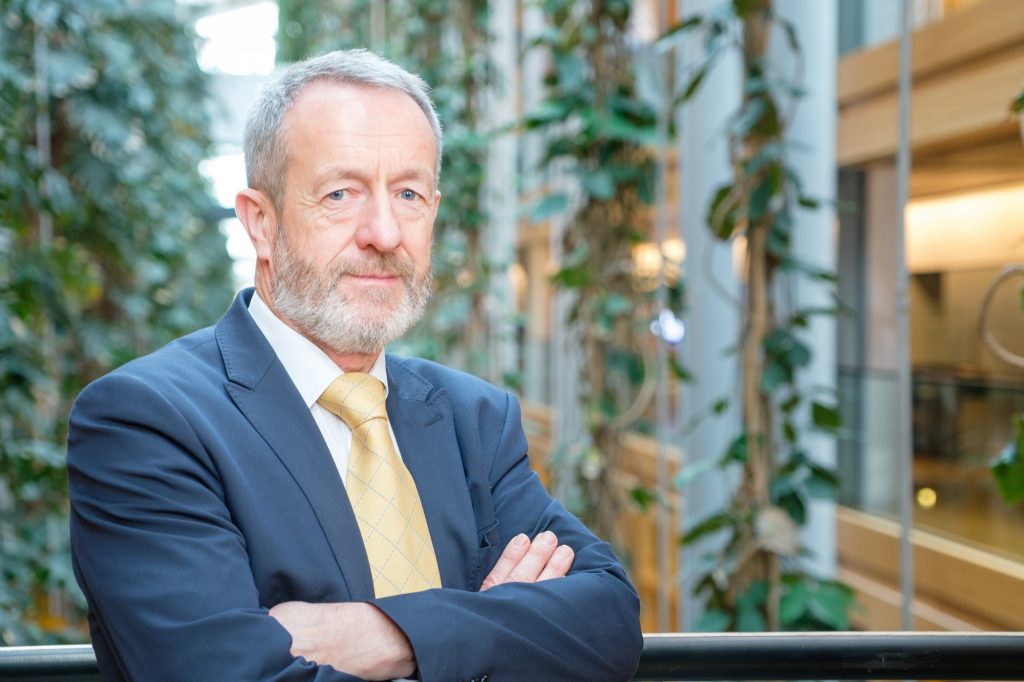 MEP for Ireland South Sean Kelly has hit back at criticism from Sinn Féin MEP Liadh Ní Riada regarding the EU InvestEU Programme. The programme was recently voted through in the European Parliament by a majority of 517 votes to 90 with 25 abstentions. Sinn Féin were among the 90 MEPs to vote against, a group that also included the MEPs from UKIP and France’s Front National.

The Programme brings together under one roof the multitude of EU financial instruments currently available and expands the successful model of the Investment Plan for Europe, the Juncker Plan. With InvestEU, the European Commission aims to further boost investment, innovation and job creation, triggering an estimated €650 billion in additional investment.

“Liadh Ní Riada is criticising me for voting in favour of InvestEU, the programme set to mobilise €650 billion in additional investments in the EU by 2027, for which I was the ITRE Committee rapporteur. This shows clearly that Sinn Féin has no interest in supporting Irish SMEs.

“This is the programme that groups together the existing successful financial instruments, such as COSME and InnovFin, under one umbrella. These are instruments that have boosted investments in Irish businesses and have helped to create jobs in recent years.

“Additionally, this is part of the EU’s ambitious Investment Plan, and will be the follow-on from the highly successful EFSI programme, which had mobilised €371.2 billion in investment as of December 2018, and which will hit €500 billion by 2020, supporting 856,000 EU SMEs in the process. I have been holding a series of public meetings around Ireland over the last 2 years, helping Irish projects learn about the opportunities it brings.

“Finally, regarding Liadh’s claims about an amendment tabled, if she had been rapporteur for an important piece of legislation like this, she would understand that finding a broad majority is needed. This amendment in question was a recital to align with the balanced legislative compromise we reached in the ITRE Committee on the eligibility of fossil fuels and introduces restrictions beyond those proposed by the Commission.

“I stand by the ambitious positions I have consistently put forward on climate action, having been on the negotiating team that delivered the 32% Renewable Energy target for 2030 last year, having represented Parliament at COP21, COP22 and COP 24, and being regarded in Brussels as an extremely pro-climate-action MEP”, he concluded.