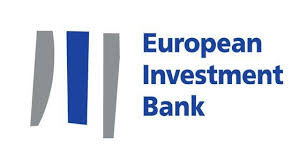 “Ireland has already benefited from EIB financing support under the European Fund for Strategic Investment (EFSI) with four projects having been approved, attracting €345 million of funding – this could trigger a total amount of up to €1.5 billion.

“Under the EFSI, the EIF is expected to trigger €421 million in investments Ireland to support some 2,880 Irish SMEs and start-ups. Europe-wide, 380,000 SMEs have already benefitted and I want to see Irish businesses reap more benefits under the fund to support their expansion plans,” MEP Kelly said.

The Fine Gael MEP plans to host a series of local informational events to promote EU funding opportunities for businesses across Ireland South in 2017, following his successful first seminar on mobilising investment held last month in the European Parliament office in Dublin.

“It is vital that we sustain the economic recovery that we are currently experiencing, and also strengthen it and make it more resilient to the developing political landscape – something that is especially true for Ireland.

“Brexit has put Ireland’s economic outlook in question – our trade with the UK is estimated at around €1 billion each week; Dublin – London is the world’s second busiest air route; estimates show that a hard Brexit has the potential to reduce bilateral trade flows between the UK and Ireland by 20%.

“All of these factors are a threat to Ireland given our open economy and our reliance on international trade and investment. I would encourage all Irish businesses, big or small, and particularly those in the export industry, to examine their own potential in 2017 and to take the time to investigate the opportunities available to them. It may not be feasible right now, but at least be informed about the possibilities, now that we have the EIB present in Dublin,” Mr Kelly said.