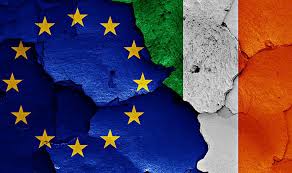 Fine Gael leader in the European Parliament, Seán Kelly MEP, has criticised suggestions made by former Irish diplomat, Ray Bassett, that Ireland should consider following Britain out of the EU.

Speaking the European Parliament in Strasbourg today, the Ireland South MEP labelled Mr. Bassett’s comments as “unhelpful and misleading”, outlining that Ireland’s best interests lie very much as members of the EU-27.

“Suggestions that Ireland should leave the EU are frankly ludicrous and Mr. Bassett, as a former diplomat, should know better than to push these overly simplistic arguments here in Ireland that ultimately drove the UK out of the EU.

“We are a small, open economy that heavily relies on trade. It is astonishing that Ray Bassett still then maintains that we would be better off walking away from the EU and its single market which allows us to trade so easily. EU membership is a huge part of what makes Ireland attractive to foreign investment.

“Look at the multi-billion euro EU initiatives that Ireland currently benefits from: the European Fund for Strategic investment (EFSI), the Horizon 2020 Research and Development Framework, the Common Agricultural Policy and the Rural Development Programme, to name just a few. By going with Mr. Bassett’s logic, we would be turning our back on the huge benefits coming from all of these.

“Mr. Bassett is correct on one count – there is no upside to Brexit. However, having engaged with EU chief negotiator Michel Barnier consistently in recent months, I have the utmost confidence that the EU negotiating team have the best interests of Ireland at heart and will work to ensure that our priorities are delivered in the final agreement.

“The facts speak for themselves. 88% of Irish people believe Ireland should remain part of the EU; 72% of Irish citizens want the focus of the Brexit negotiations to be on securing a good future for the remaining 27 Member States.”

“With the aftermath of the Brexit vote and the instability we see today in the UK, it is clear we should not entertain the notion of an Irish exit – why anyone would want to end up in the situation the people of Britain find themselves in today is beyond me,” he concluded.