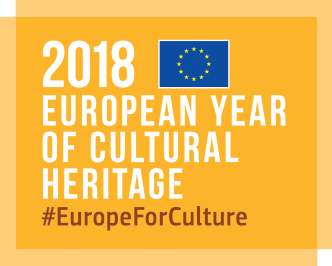 “2018 will be European Year of Cultural Heritage and an important opportunity to highlight the role of Europe’s cultural heritage in fostering a shared sense of history and identity. I also welcome the emphasis on sport, a rich and vital part of our cultural heritage in Ireland,” said Seán Kelly MEP, a former President of the GAA.

A series of events will take place at a European, national, regional and local level to mark the European Year of Cultural Heritage. Irish events are being coordinated by the Heritage Council. It will involve citizens from all backgrounds, in particular children and young people, through events and projects emphasising Europe’s heritage and values, helping to strengthen our sense of belonging.

“I’d like to see the very rich Christian heritage in Europe recognised, our languages and distinctive national traditions,” said MEP Kelly, who voted in favour of the special designation for 2018.

Culture and a common identity is important to Europeans, as the Ireland South MEP recalled that the 2016 Parlemeter survey which found that a large majority of Europeans (71 percent) feel there is more solidarity amongst Europeans than issues which separate them. In Ireland, that figure was even higher at 84pc. When asked what the most important elements of our shared European identity are, citizens ranked Values of Freedom and Democracy in first place, followed by the Single Currency/the Euro, with Culture in third place, ahead of History in fourth place.

Ireland’s programme of events for the 2018 European Year of Cultural Heritage will be officially launched in December.