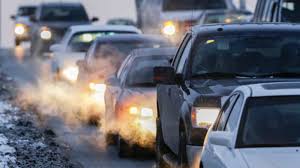 Seán Kelly MEP has set his sights on reducing EU-wide vehicle emissions to limit environmental damage or the decarbonisation of the transport sector, in his new role as lead negotiator on Renewable Energy for the EPP Group. The Ireland South MEP will play an influential role in shaping Europe’s new policy as the European Parliament begins work on the revision of the EU’s Renewable Energy Directive – vital legislation to combat Climate Change.

MEP Kelly, the Leader of the Fine Gael Delegation in the European Parliament who represented Parliament during the historic Paris Climate Change talks:

“It is a great honour to be entrusted with this responsibility on behalf of the largest political grouping in Parliament, the European People’s Party. Having set out objectives to combat Climate Change over the past two years at both COP21 and COP22, we are now shaping the legislation that will enable us to reach our goal, which is to keep global average temperature increases to below 2oC, and 1.5oC ideally.

“The transport sector, which accounts for 23.2% of Greenhouse Gas emissions in the EU, has huge potential to become a more environmentally-friendly sector and this will be a key priority in my view.”

Mr. Kelly further noted that the transport sector has been hit by controversy over the last number of years, citing the debate over the sustainability of conventional biofuels and the Volkswagen emissions scandal, but that the review of the Renewable Energy Directive offered the chance to get it right for the years ahead.

“We need to see more effective emission reductions in transport. The EU transport sector is still 94% dependent on oil – that is not good enough – and following the Volkswagen case in which the company was cheating on emissions testing, there is a big need for real action in the automotive sector in the years ahead to right those wrongs.

“The response will require a combination of measures, including accelerating the deployment of electric vehicles, increasing fuel efficiency and the use of sustainable European biofuels. The biofuels question is one we must get right on this revision and we cannot have a situation like last time whereby the whole industry was thrown into uncertainty over what caps on conventional biofuels were going to be introduced. The sector suffered huge underinvestment as a result.

“In the current proposal, the Commission looks to more or less phase out conventional biofuels. I feel this is far too drastic, and I will be looking closely at this in the coming months,” added MEP Kelly.

“We must ensure that we do not destroy the market for biofuels, as this would not only hinder our ability to meet the objective of developing advanced biofuels, but would badly hit farmers who grow the crops to produce sustainable biofuels in Europe, and rely on a stable and supportive EU policy framework in this regard.”

E-mobility will also play an important role, according to Kelly who welcomed the provisions in the revision of the Energy Performance of Buildings Directive to boost the installation of Electric Vehicle recharging points where they are most needed and most effective.

Mr. Kelly hopes that his work will enable transport to play a bigger part in the fight against climate change, and improve the air quality of EU towns and cities in the process.

“There is a lot of potential to decarbonise the transport sector and I hope we will be able to raise its ambition through the revision of the Renewable Energy Directive. This is more than a climate issue; it is a health issue, as air pollution remains a problem. Citizens and the environment will benefit if our cities and towns have a decarbonised transport sector. I look forward to the challenge ahead,” he concluded.