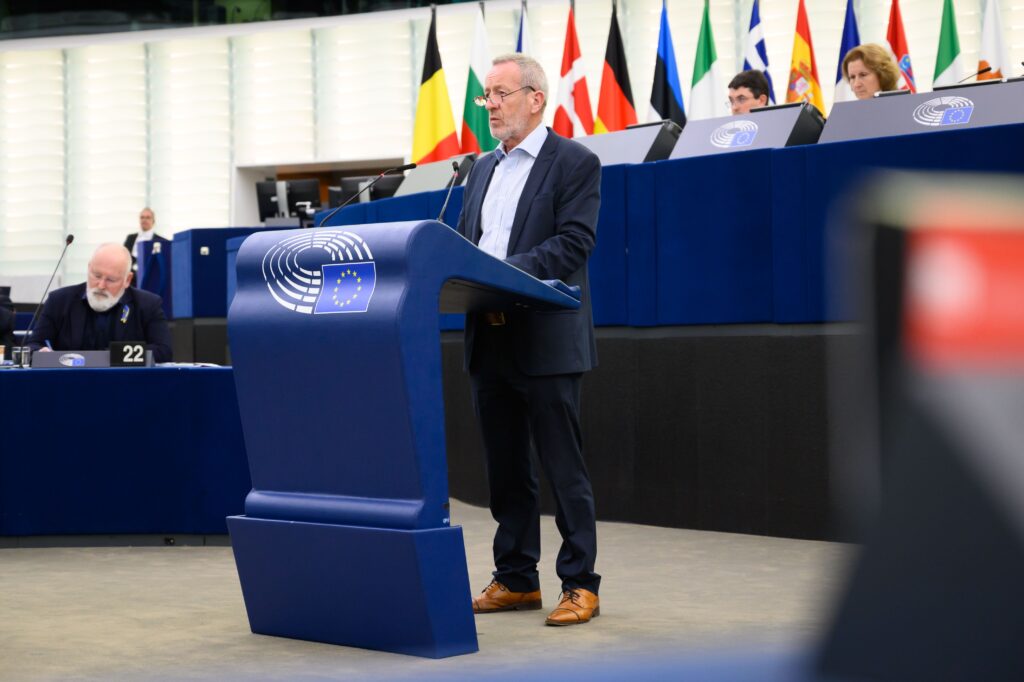 Ireland South MEP Sean Kelly has raised the issues surrounding forestry management in Ireland during a speech at the European Parliament in Strasbourg today (Thursday).

“Obviously illegal logging has to be tackled and eliminated if at all possible”, Mr Kelly said.

“Unfortunately, in my country, it’s the opposite problem we have – we can’t get legal logging, because of rules by the Department.

“Planning permission, permitting, etc. – a whole backlog, which they tried to blame on the European Union, until of course that was disproved.

“So, I would ask the Commission to look at that and ensure that those who want to set forests in Ireland are facilitated – not what is happening at the minute.

“Now, a good news story is that there’s a company in Ireland set up by Enda Keane, Treemetrics, which recently launched a climate-smart forest management platform with the support of the ESA (European Space Agency), and I think that’s something that could be very helpful, and I would ask the Commission to look into it”, Mr Kelly said.