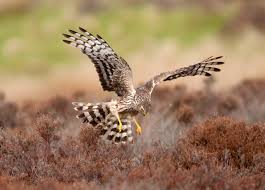 Some 4,000 Irish landowners affected by EU Hen Harrier conservation rules have been “unfairly treated” and should be compensated by the Irish government, Sean Kelly MEP (Ireland South) said following a high-level meeting between landowner representatives and European Commission officials in Brussels today (Friday).

Mr Kelly and Patrick O’Donovan TD (Limerick) brought five members of the Irish Farmers with Designated Land (IFDL) group to Brussels to brief Commission officials on how farmers and landowners based in Limerick and its surrounds have suffered land de-valuation and encountered serious difficulties in carrying out agricultural work on their land due to the European Union’s Birds Directive which offers conservation protection through the Hen Harrier Special Protection Areas Designation.

“The designation was introduced to halt the declining population of Hen Harriers, which are mostly found in Counties Limerick, Clare, Kerry, Tipperary and Laois. However, many farmers have been adversely impacted by this designation and their land devalued.

“Farming in these areas is the family income which many families are dependent on, so it is of the utmost importance that these concerns are heard at EU level, where the conservation rules are drawn up,” Mr Kelly said.

In the meeting, the Commission officials explained two key points:

Firstly, Rural development allows member states to compensate farmers for costs and income loss resulting from the disadvantages and restrictions related to the implementation of Birds and Habitats Directives and going beyond the good agricultural and environmental conditions and minimum agricultural activities set in the first pillar of the CAP.

Secondly, they explained that “Article 34(2)(b)(i) of Regulation (EC) No 73/2009 stipulates that any area, which gave a right to payments under the Single Payment Scheme (SPS) in 2008, but has lost its compliance with the definition of ‘eligible’ as a result of the implementation of the Birds and Habitats Directives, remains eligible for the SPS.  The key element when assessing the eligibility of such land is the need for evidence that the loss of the eligibility status was triggered by the implementation of these directives, in particular through measures taken at the national level addressed to farmers aimed at “restoration” or “creation” of habitats. A corresponding provision is provided for in Article 32(2)(b)(i) of Regulation (EU) No 1307/2013[1] on direct payments.”

In light of this information, Mr Kelly and Deputy O’Donovan called for “an immediate, co-ordinated approach across Government departments to ensure that farmers are compensated for their financial loss due to their lands being designated a Special Protection Area for the Hen Harrier.

Deputy O’Donovan outlined concerns over the implementation of the conservation rules in Ireland.

Councillor Liam Galvin also attended today’s meeting.   All three public representatives got a clear message that the ball is now in Dublin’s court.