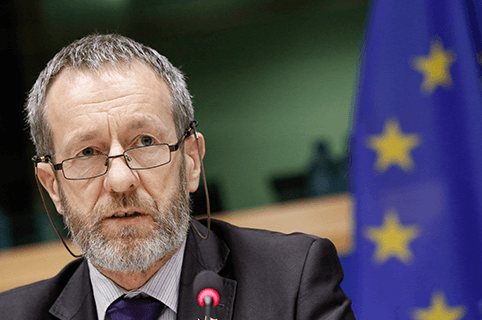 “Today’s agreement is a massive achievement for the Irish government, for the EU27, but mostly for citizens who want to continue living in peace and prosperity on the island of Ireland without a return of a hard border,” Seán Kelly MEP and leader of Fine Gael in the European Parliament said in welcoming this morning’s agreement between the EU27 and the UK.

“Ireland has achieved its core priorities in the first phase of negotiations: the avoidance of a hard border and the protection of the Good Friday Agreement in all its parts. A continued commitment to the PEACE and INTERREG programmes has been secured – programmes that have supported peace and reconciliation in Northern Ireland and the border counties with an investment of almost €3.4 billion in EU funding in the region over the last two decades,” he said.

Crucially, the report states: “The United Kingdom also recalls its commitment to the avoidance of a hard border, including any physical infrastructure or related checks and controls.”

“Not only do we have a firm commitment on preventing a hard border, it provides a fall-back agreement which means that even in the worst case scenario of no deal, the UK will ensure that no new regulatory barriers develop between Northern Ireland and the rest of the UK”.

“That is highly significant for businesses on both sides of the border providing hope for the future of trade on the island of Ireland. €3.4 billion in cross-border trade in manufacturing was recorded in 2015 alone. And our focus will now be on the future of the trading relationship between the UK and the EU27 as Brexit negotiations are set to move to Phase II,” MEP Kelly underlined.

The text recognises that Brexit presents “a significant and unique challenge in relation to the island of Ireland”. The UK, however, underlines its “commitment to protecting the operation of the 1998 Agreement, including its subsequent implementation agreements and arrangements.”

The EU27 and UK both agreed to “honour their commitments to the PEACE and INTERREG funding programmes under the current multi-annual financial framework”, while “possibilities for future support will be examined favourably”.

“I want to thanks the EU26 for their support for the Irish position, and particularly that unwavering support demonstrated by the European People’s Party (EPP) to which Fine Gael is aligned. EPP leadership has stated many times that Irish concerns are EU concerns and could not have been stronger in their backing for the Irish position, and I’m certain that this had a significant influence on the British Government,” he added.