On Saturday (July 25th), Brussels played host to the 2015 European Hurling and Camogie final. In two hotly contested tournaments with over 100 players involved, Belgium were the big winners securing both the hurling and camogie titles. Present on the day was MEP for Ireland South and Honorary President of Belgium G.A.A., Seán Kelly, who noted that it was a “tremendous honour” to attend and witness the strength of the game in Europe.

The former G.A.A. President presented the trophies to the victorious Belgian captains – Dublin’s Irene Kirwan and Kilkenny man Phil Cushen, and praised all teams for the high standard of hurling and camogie that was on show.

“I was delighted to be able to attend the hurling and camogie final in Brussels today (Saturday). The level of skill, desire and intensity that was on display from all teams was fantastic. It was truly enjoyable to attend, watch and meet all that were involved in some fantastic contests. It is wonderful to see the strength of the hurling community in Europe – those involved are a credit to our great game.”

The tournament gathered teams from Belgium, Amsterdam, The Hague, Luxembourg and Scandinavia. Belgium proved too strong in both codes with hard-fought victories over Holland in the camogie and the Viking Gaels of Scandinavia in the hurling securing the wins. Kelly was keen to praise the teams that took part:

“I would like to congratulate all teams on their performances, particularly the Belgian teams – as Honorary President I am immensely proud to see them victorious as I’ve seen first-hand the hard work that they have put in all year. I urge all the players to maintain today’s levels of enthusiasm for the game in Europe as these clubs are the driving forces of the expat communities around Europe.

Belgium have been extremely successful in recent years with the hurlers securing their third championship in a row, while the Belgian camógs have dominated the European scene for a number of years. The Kerry man praised the teams for their ongoing success but reserved a special mention for the camogie player of the tournament, Clare’s Gráinne Corry, who is currently working in the MEP’s Brussels office.

“Gráinne was fantastic today and I’m delighted for her that her performance was recognised with this award. I’m pleased to say that four of my staff were involved today – Niall Goodwin, a Waterford man and player-manager for the hurlers, Wicklow hurler Muiris Ó Floinn, and Jelena Radaković, our Serbian camogie player and club secretary – but Gráinne can certainly boast in the office on Monday that she had the edge over her colleagues on this particular occasion!” 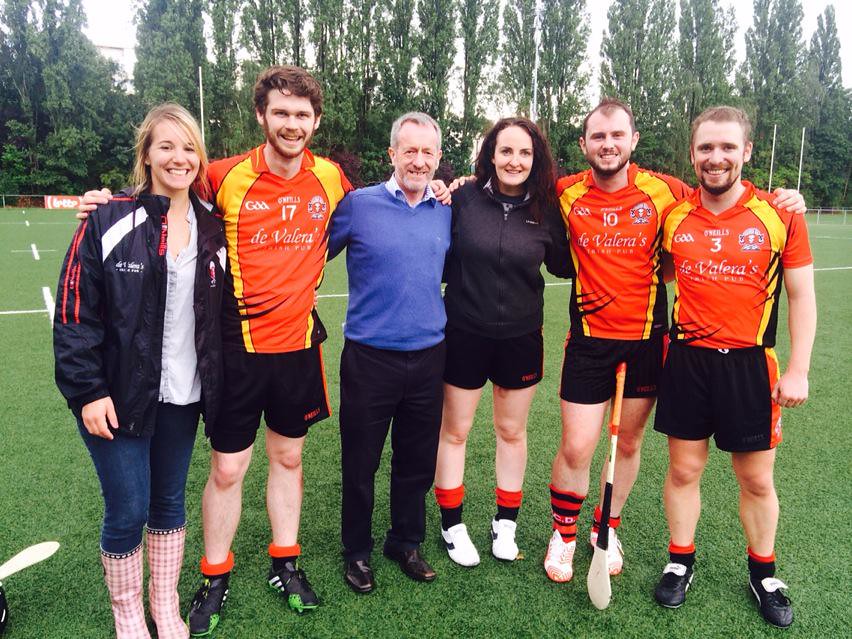