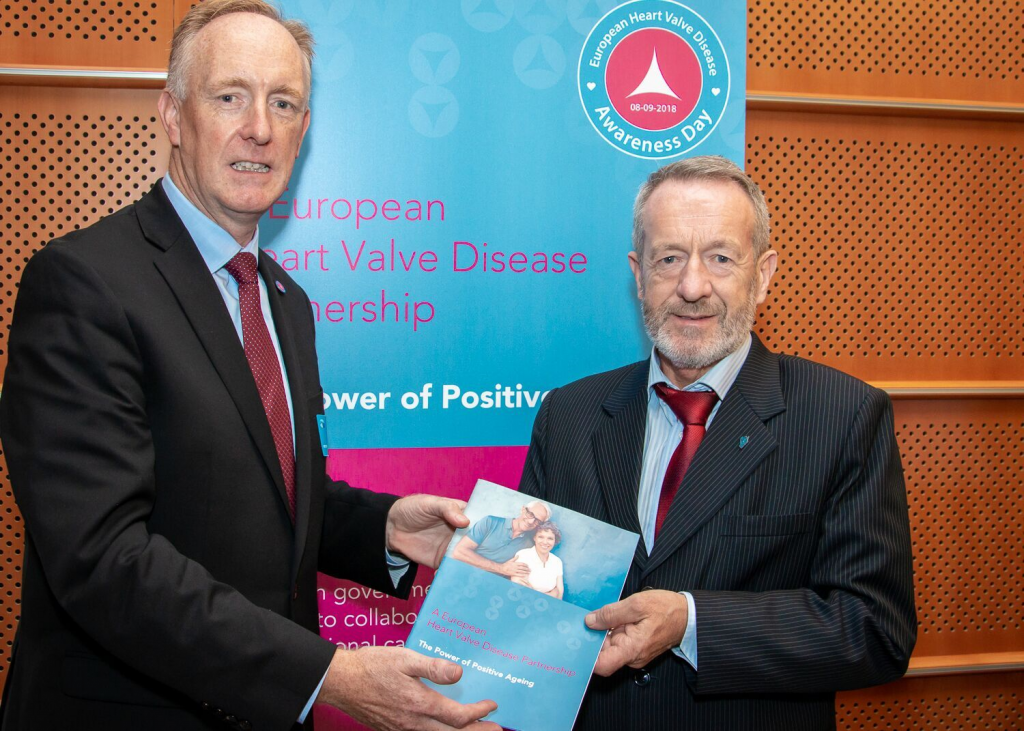 Fine Gael MEP Seán Kelly welcomed Croi and other European heart valve disease patient organisations to the European Parliament this week to discuss the crucial issue of active ageing in Europe. Mr. Kelly has further called on the European Commission to consider Heart Valve Disease as a key indicator of positive ageing.

“I have a longstanding relationship with Croi so I am very happy to be supporting their work on heart valve disease and the power of positive ageing,” the Ireland South MEP said.

“Solving the growing challenge of heart valve disease is key to unlocking the power of positive ageing. This event focused on the tangible opportunities available to help improve health systems and empower seniors to be active.”

The European Heart Valve Disease Alliance has put together four calls to action to improve the state of heart valve diseases in Europe – ‘Awareness, Ask, Action and Access’.

‘The Power of Positive Ageing’ manifesto has been developed by a rapidly expanding group of European patient societies including Croi from Ireland, Alliance du Cœur in France, Cuore Italia in Italy, Heart Valve Voice in the UK, AEPOVAC in Spain, and Hart Volgers in the Netherlands and was launched this week in conjunction with Mr Kelly’s Fine Gael colleague Mairead McGuinness MEP.