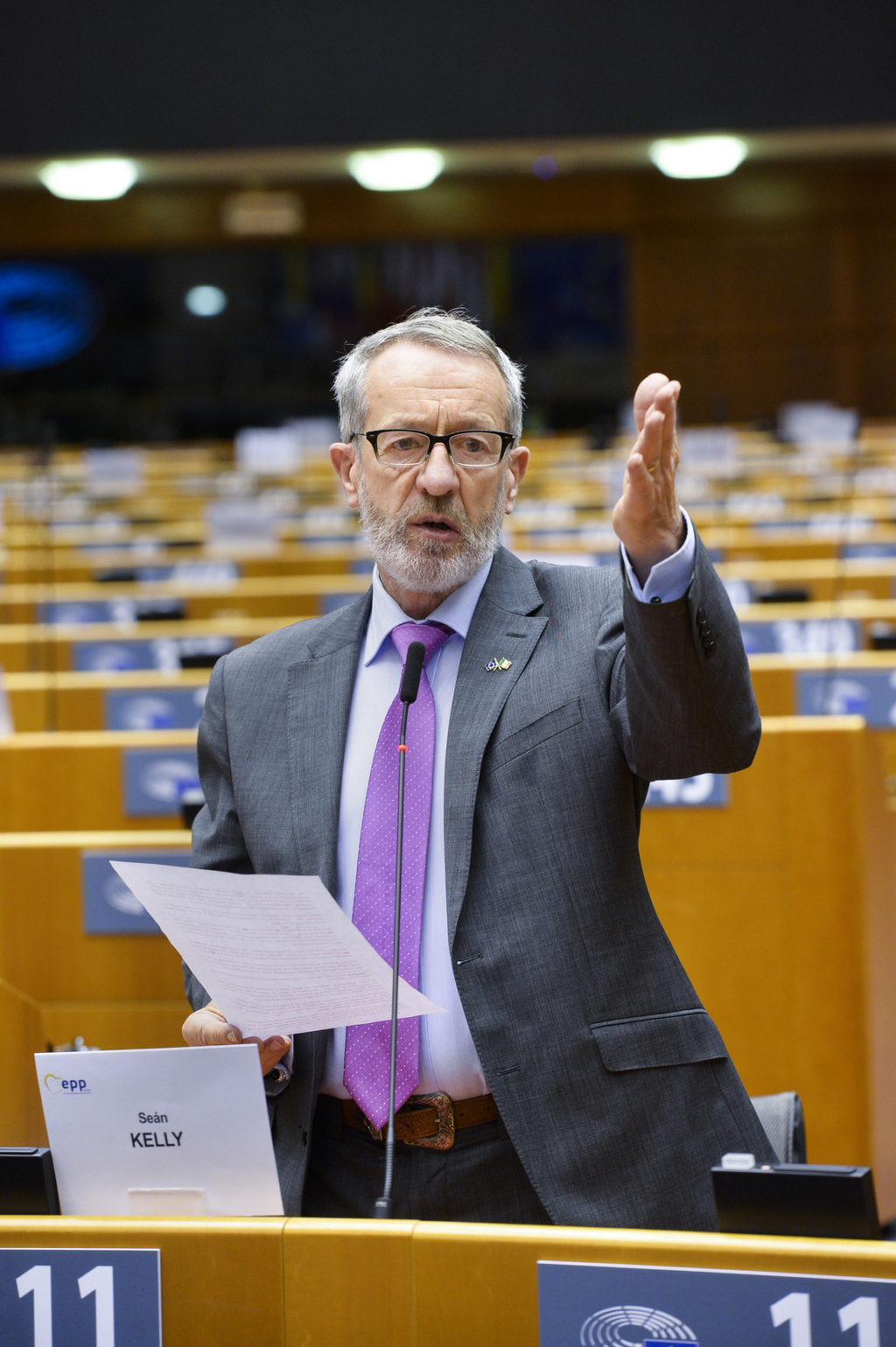 As post-Brexit trade talks go down to the wire this weekend, we face the prospect of a hard Brexit or crash-out chaos, Fine Gael’s Leader in the European Parliament, Seán Kelly, has warned.

The Ireland South MEP’s comments come ahead of the European Parliament’s Sunday deadline as the latest date it can receive any Brexit deal to allow enough time to scrutinise the text before the necessary vote by MEPs.

“The United Kingdom’s exit from the EU single market and customs union is going to hurt one way or another, but a no-deal would bring a much higher level of disruption, cost and risk. This will be most acute in Ireland due to our intertwined economies and geographical location.

“Now, facing what may be a final deadline, gaps still remain in the negotiations but we are inching ever closer to a deal. What is at stake now, as the talks go to the wire, is whether there is a hard Brexit or even worse, crash-out chaos”, Kelly said.

“The longer-term cost to the Irish economy of a no-trade deal Brexit is estimated to lower Irish GDP by 6 percent, equivalent to €21 billion. Up to 55,000 jobs could be lost, with another 100,000 fewer jobs not created in the economy over the medium term and particular hardships also forced upon the agriculture sector.

As time grows shorter in terms of the negotiations, there is less and less time for firms to prepare, creating anxiety, according to Kelly.

“The good news is, we now have a formal agreement on the implementation of the Northern Ireland Protocol which will uphold the integrity of the Single Market and the Good Friday Agreement.

“Ireland has been proud of the solidarity shown by the EU in the face of our unique situation in relation to Brexit. We might not know the outcome yet, but what remains clear is that Ireland will need this continued solidarity after January the 1st – deal or no deal”, he added.