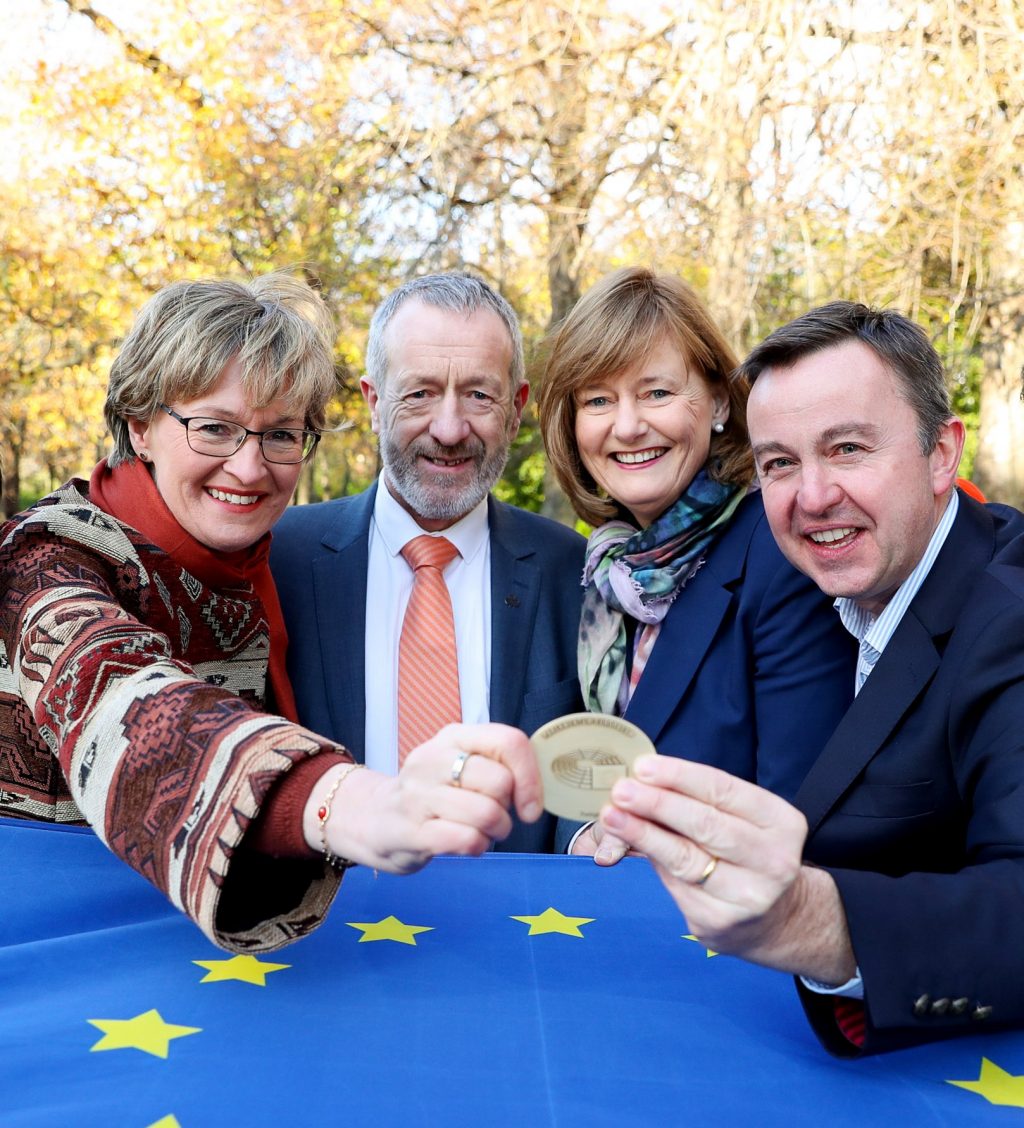 In nominating the organisation, the Fine Gael MEPs paid tribute to Foróige’s efforts in working with over 50,000 young people aged 10-18 through volunteer-led clubs and youth projects all across Ireland. In particular, the MEPs highlighted the Youth Citizenship Programme, which has been a core part of Foróige’s work for almost 50 years: “Over 10,000 young people have participated in the Programme in the last three years, empowering them to make a positive impact in their community and strengthening their connection to their local area.

“Participants research their community’s needs and organise practical action in response. They engage with a wide network to achieve their goals: local businesses, churches, local councils, charities and schools. Their projects cover equality, the arts, mental health, and inclusion. Past projects have included promoting physical fitness in the local community, highlighting positive mental health among young people, improving access for wheelchair users to local buildings and helping those impacted by flooding through clean-up operations and delivering much-needed supplies.

“A study by NUIG found that participants demonstrated an increased awareness of social needs and were more likely to get involved in a community issue in future. It also noted a significant increase in members’ confidence and skills to take action in their communities.

“Foróige is an organisation that works tirelessly in communities with young people for the benefit of all. It deserves to be recognised,” they underlined, in officially proposing Foróige for the accolade.

Foróige is one of two Irish recipients of 2017 European Citizen’s Prize. The Fine Gael MEPs have congratulated Border Communities Against Brexit which will also receive a medal alongside Foróige during a prize ceremony in Ireland later this year. Both groups will be represented at the annual Citizen’s Prize awards ceremony at the European Parliament, Brussels on October 11th.