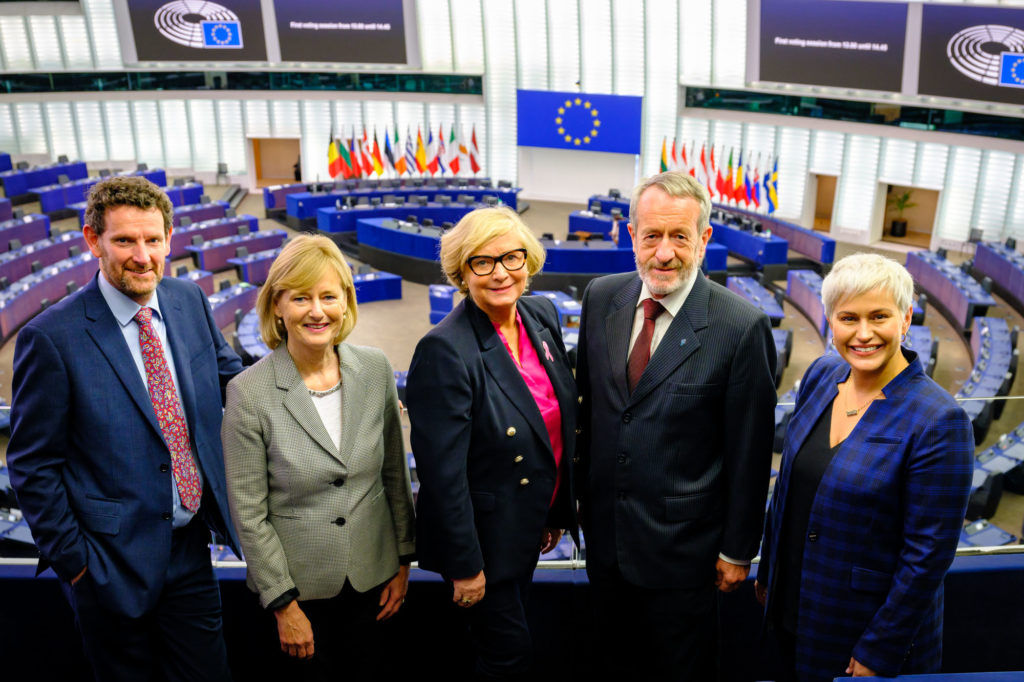 Speaking on behalf of the delegation, Leader of Fine Gael in the EU Parliament, Seán Kelly MEP said: “The unprovoked, illegal attack inflicted on Ukraine by Russia must be condemned in the strongest possible way. It goes without saying that it is completely unjustified and reprehensible – it would be morally wrong to say otherwise.”

Mr Kelly welcomed EU actions and sanctions taken against Russia and also heavily criticised the Belarusian regime’s support for Russia and role in its aggression against Ukraine.

“The Fine Gael MEPs fully join with the vast majority of our colleagues in the European Parliament in demanding that the Russian Federation immediately terminate all military activities in Ukraine, unconditionally withdraw all military and paramilitary forces and military equipment from the entire internationally recognised territory of Ukraine, and fully respect Ukraine’s territorial integrity, sovereignty and independence.

“We support the EPP Group’s call for the EU Institutions to work towards granting EU candidate status, as foreseen by the EU Treaties, and also do the utmost to continue to work towards Ukraine’s integration into the EU Single Market as foreseen in the Association Agreement”, Mr Kelly said.
“We stand with Ukraine and strongly against Russian aggression, as we have always done”, he added.

The MEPs are voting in favour of a Joint Motion for Resolution on Russian Aggression Against Ukraine during a European Parliament plenary session today (Tuesday).