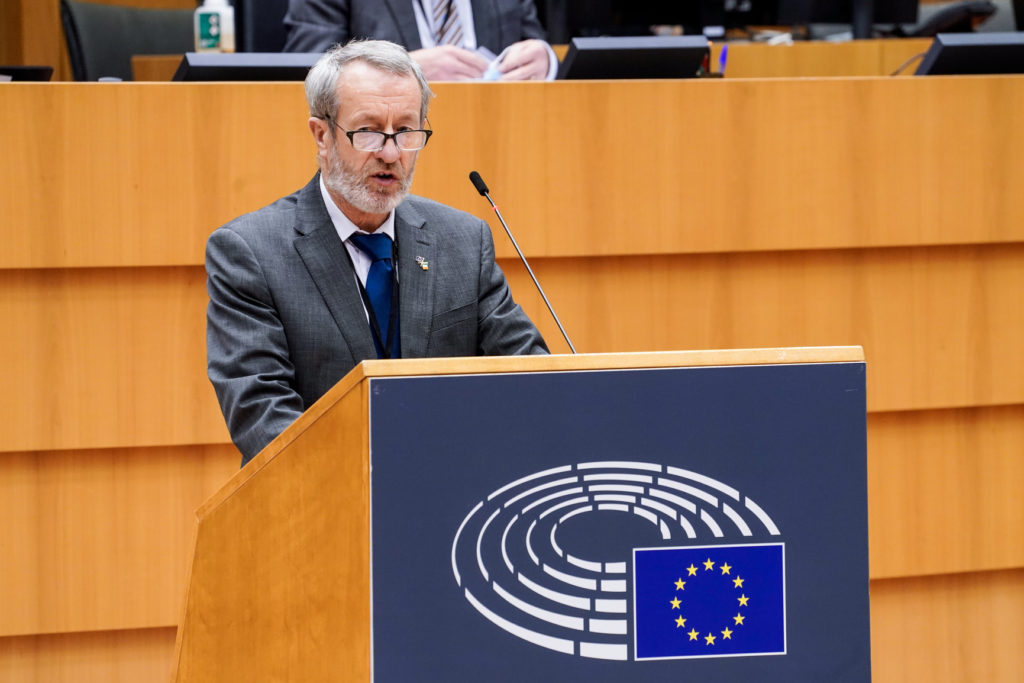 The five Irish EPP Group (Fine Gael) MEPs have welcomed today’s announcement of an EU embargo on Russian oil imports, but have said it was “overdue” and stressed that more action is needed. In early April, MEPs Seán Kelly, Frances Fitzgerald, Deirdre Clune, Maria Walsh and Colm Markey jointly called for the EU to fully ban the import of Russian energy supplies in response to the illegal war in Ukraine and the abhorrent war crimes being inflicted on people.

“The EU embargo on Russian oil is welcome and necessary and it will hit the Russian Federation and Putin hard, but it is not enough. My Fine Gael colleagues and I have been clear that a full embargo on Russian energy imports is needed, including gas, in addition to very stringent sanctions such as excluding all Russian banks from SWIFT and a comprehensive extension of the sanctions list of Russian oligarchs and officials. Some Member States are more reliant on Russian gas than others, they must be supported in alleviating this dependency as soon as possible. We must have a realistic energy policy that incorporates the new situation whilst not sacrificing our overall climate ambition “, Seán Kelly MEP and Leader of Fine Gael in the European Parliament said.

“The EU must do all it can to halt Putin’s terror campaign and the horrific war crimes he and his troops are inflicting on innocent children, women and men in Ukraine. The Kremlin has proven itself to be an unreliable, dangerous and morally vacant trading partner – the EU must cut all ties with this regime. Putin should not be able to fund his evil war with EU money”, MEP Kelly said, speaking from Strasbourg.

The MEPs have called on the EU to ensure Member States are given all possible support to help protect citizens, particularly the most vulnerable, against rising energy costs, as the Parliament today debated the economic ramifications of the war in Ukraine. They further underlined the need to swiftly secure new energy supplies, including ramping up domestic biogas production, and fast track home-grown renewable energy supplies. Member States must continue to be supported in providing shelter and caring for Ukrainian refugees in need, through EU funds and other measures, the MEPs said.

“Putin’s aims are not limited to this illegal war but are an attack on democracy. His actions suggest intent to create global crises though famine, economic recession and political disharmony. He must not succeed. He and his cronies must be isolated and devoid of the resources to enable further cruelty.

“We urge EU leaders to continue to stand courageously with Ukraine – for peace, for human rights, for justice and rule of law.