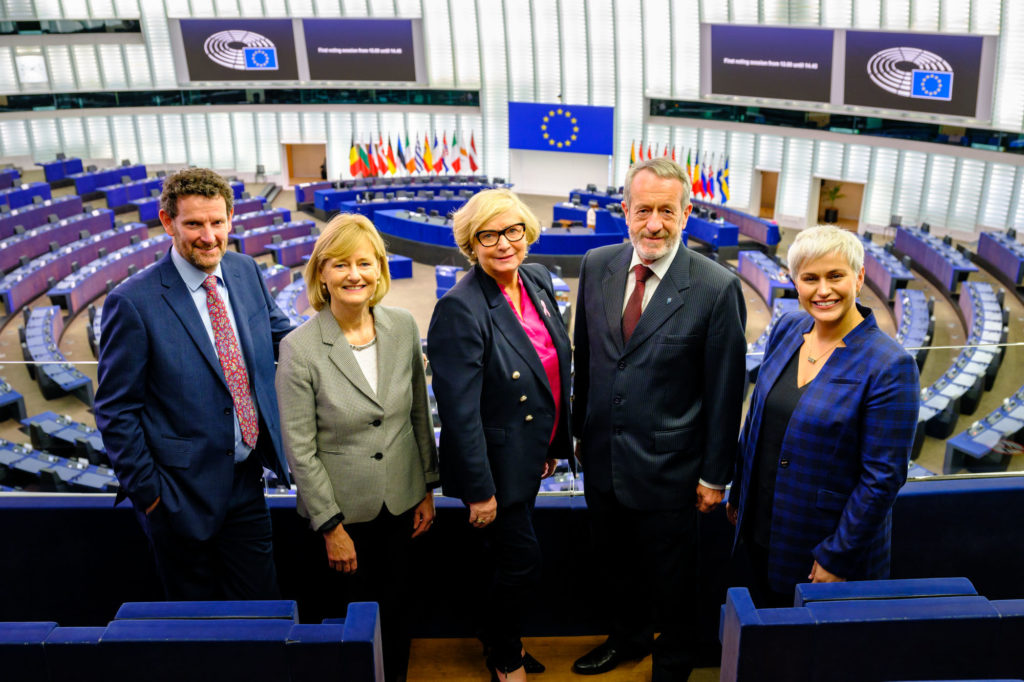 The five Fine Gael MEPs have jointly called for a full EU-wide embargo on the import of Russian coal, oil and gas as soon as possible.

Seán Kelly, Frances Fitzgerald, Deirdre Clune, Maria Walsh and Colm Markey reiterated their condemnation of the war in Ukraine and the devastating atrocities and war crimes being carried out by the Russian Federation at the behest of President Putin.

“We absolutely condemn the illegal war in Ukraine in the strongest possible terms. We are horrified by the barbaric, inhumane war crimes carried out on innocent civilians on order from Russian President, Vladimir Putin. We call on Russian forces to withdraw from Ukraine immediately”, said Seán Kelly MEP, Leader of Fine Gael in the European Parliament.

“We need to hit Russia with the strongest possible sanctions. We urge all Member States to agree a complete embargo on the import of Russian coal, oil and gas as soon as possible”, said Kelly.

“Concern for the impact of such stringent measures is understandable. There will be economic ramifications for Europeans as well, however, we cannot stand by while the children, women and men of Ukraine are killed, injured and have their country destroyed in this unjustified war”, Kelly continued.

“The EU has to do all it can to help the Ukrainians defend themselves, but Putin should no longer profit from the EU. We must ensure we act swiftly to secure as much as possible new energy supplies and fast track home-grown generation. Member States must be given all available tools to help protect citizens against rising energy costs, especially the most vulnerable”, he underlined.

“We must never forget what has happened in Ukraine – what Putin has done. He has blood of innocent people on his hands”, MEP Kelly said.