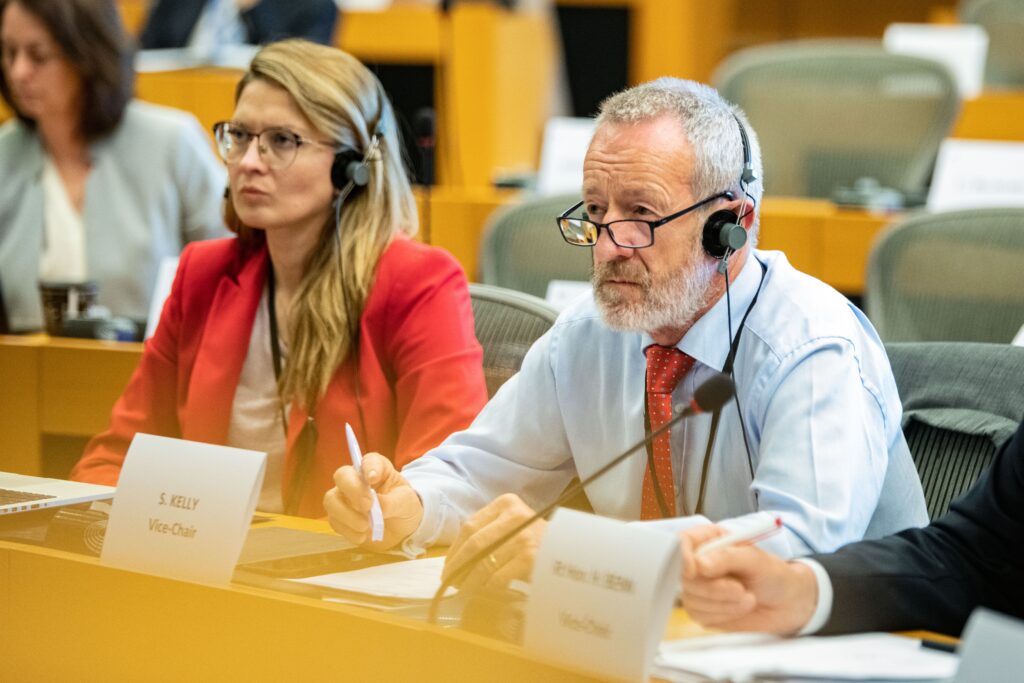 Seán Kelly MEP and First Vice-Chair of EU-UK Parliamentary Assembly will lead the European Parliament’s International Trade Committee on a fact-finding mission to Belfast on 13-14 October. This visit by MEPs will include a range of meetings with MLAs, business representatives and civil society. Announcing the mission, the Ireland South MEP said that “we need to dial down the political rhetoric and listen to the perspectives of those living and working in Northern Ireland. It is essential that we understand the issue of most concern to people and businesses”.

Having offered his congratulations to the UK Prime Minister Liz Truss on her appointment and to Chris Heaton-Harris on his new role as Northern Ireland Secretary, MEP Kelly pointed out that Mr Heaton-Harris served as a Member of the European Parliament when the Conservative party MEPs were part of Kelly’s own European People’s Party grouping (previously named the Group of the European People’s Party/Christian Democrats and European Democrats).

“A change of leadership in the UK government offers a window of opportunity to reset the EU-UK relationship. Now is the time to place relations back on a more stable footing and resolve the ongoing dispute over the Northern Irish Protocol. I urge the new Prime Minister to come back to the negotiating table with a new, more constructive approach. Of course, we have said this before, so all eyes will be on the approach Liz Truss decides to take”, MEP Kelly said, speaking from Brussels this morning.

Kelly underlined that the past few months have seen relations go from bad to worse between Brussels and London. “However, the disruption and uncertainty caused by tensions over the Protocol is harming business and trade between the EU and UK, and on the island of Ireland in particular.” Both the EU and UK face common challenges, with Russia’s invasion of Ukraine and soaring energy prices. “Now is the time for cooperation based on shared interests, we should be working together not pulling apart” Kelly stated.

However, Kelly said solutions do exist to the difficulties raised with the implementation of the Northern Ireland Protocol. “What we need is genuine and constructive engagement from the UK. If the political will is shown from Liz Truss’ new government, the EU will be ready to find solutions.”

“With Stormont frozen, elevating Northern Irish voices to the European level is more important than ever”, Kelly stressed.