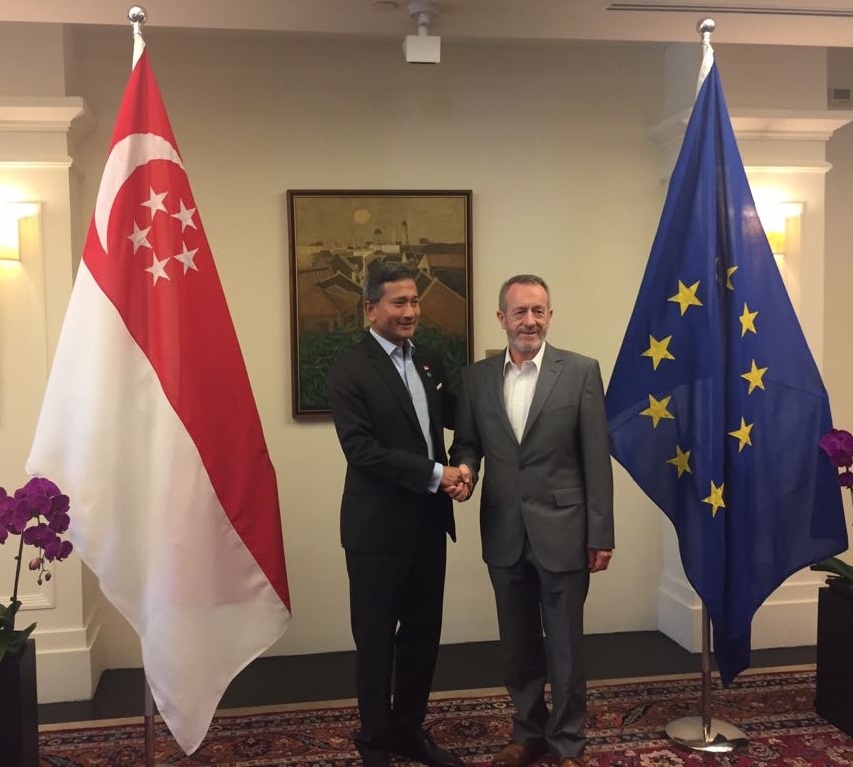 MEP for Ireland South and European People’s Party (EPP Group) rapporteur for the EU-Singapore Free Trade Agreement, Sean Kelly, welcomed a vote today (Thursday) by the European Parliament’s International Trade Committee to approve the recently finalised Agreement. Speaking from Rotterdam at a meeting of the EPP Group leadership, Mr. Kelly highlighted the importance of today’s Committee vote and looked ahead to the next steps in Parliament for the Agreement.

“I am delighted to announce that we have received the Trade Committee’s long-awaited seal of approval on the EU deal with Singapore. There have been a series of well-documented delays with this deal, which have been frustrating for both the EU and for Singapore, but I am pleased that we are now at last on the way to its finalisation.”

“These delays have been mainly due to a request from the Commission to the European Court of Justice for a legal clarification. Following the signature of the Agreement before Christmas, I am delighted that we are now another step closer to its ratification.”

“This Agreement is especially important for Ireland with Brexit looming. By removing the majority of custom duties with Singapore there will be an abundance of opportunity for increased trade, and considering Singapore’s limited agricultural sector this will be particularly lucrative for Ireland’s agri-food exports.

“Having led parliamentary discussions on this Agreement for the best part of the last six years, I am delighted that Irish businesses and citizens will soon reap the benefits of strengthened relations with Singapore. Singapore already has free trade agreements with more than 30 countries, including the USA, China, Japan, and Australia. It is now high time for the EU to enjoy similar conditions in their economic relations with one of the world’s fastest growing economies.

“Singapore will protect approximately 190 EU Geographical Indications, which brings important opportunities for Ireland’s food and drink sector. We can also look forward to increased access to financial, transport, IT and telecommunications services, and mutual recognition of qualifications of architects, lawyers and engineers. The Agreement will also facilitate Singapore’s implementation of core labour rights conventions, the sustainable management of forests and fisheries, and the historic Paris Agreement on Climate Change.”

“As Ireland’s only member of the European Parliament’s South East Asia (ASEAN) delegation, and having visited Singapore last year on a fact-finding mission to facilitate the ratification, I am very encouraged by the Trade Committee’s approval today. I look forward to February when I trust that Parliament will give its final consent”, concluded MEP Kelly, Fine Gael Leader in the European Parliament.