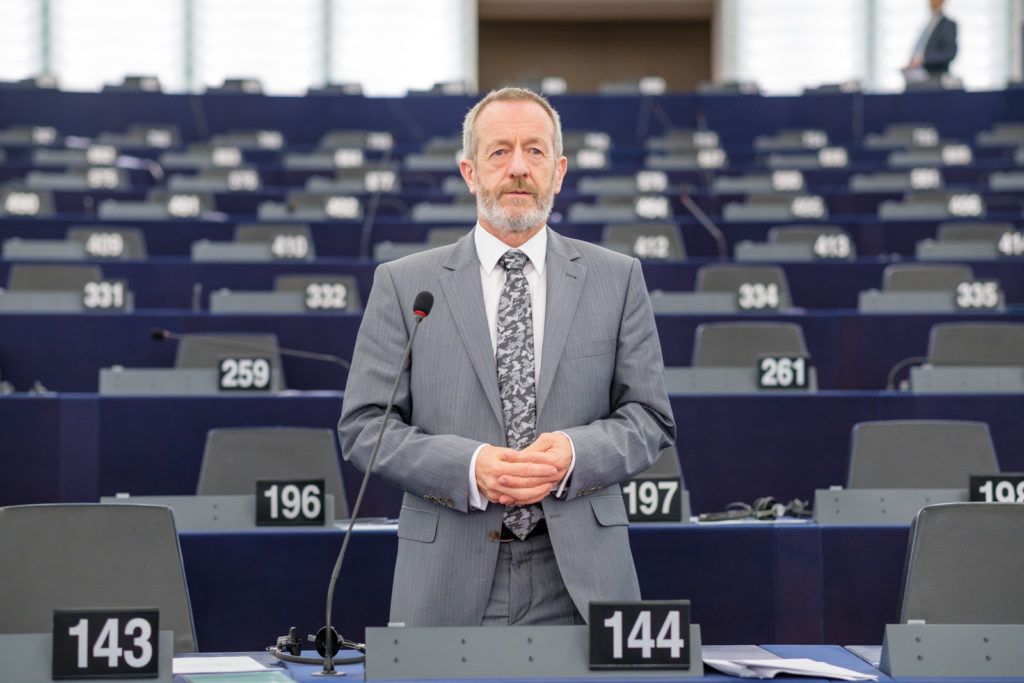 As the European Parliament yesterday debated the declining stocks of sea bass in the southern North Sea, the English Channel, the Celtic Sea and the Irish Sea and the possible ways to counteract the problem, MEP for Ireland South, Seán Kelly, has highlighted the extensive efforts that have already been made by Ireland on the conservation of sea bass stocks. He has called for these efforts to be taken into account in any measures taken at EU level, particularly in terms of the introduction of any Total Allowable Catch (TAC) limits.

Speaking on behalf of the fishing community of Ireland, Mr. Kelly explained to his fellow Members of the European Parliament that “Ireland has been ahead of the curve in its efforts to conserve stocks of sea bass. It is clear that without conservation methods and up-to-date scientific information, we cannot have a sustainable fish industry and Ireland has sacrificed a lot to preserve its stocks over the last 20 years through the ban on the commercial landing of sea bass and the heavy limitations on recreational fishing.”

On the suggestion that the possibility of introducing TACs on sea bass fishing should be explored, Mr. Kelly responded to say that “TACs would unfairly benefit countries with the most complete records of landings. Due to us having had conservation measures in place for a long time, we wouldn’t have a track record and if the TACs were to come in, it could discriminate against a country like Ireland which has already done so much in this area. I ask that any potential moves towards TACs would recognise Ireland’s unique position in this regard, as it would send a bad signal for conservation measures in general were Ireland to be penalised for having no track record.”

The European Parliament has adopted a text on the sustainable exploitation of sea bass outlining a number of recommended actions for the European Commission and EU Member State governments.

Below is the clip of MEP Kelly discussing sea bass in Strasbourg: