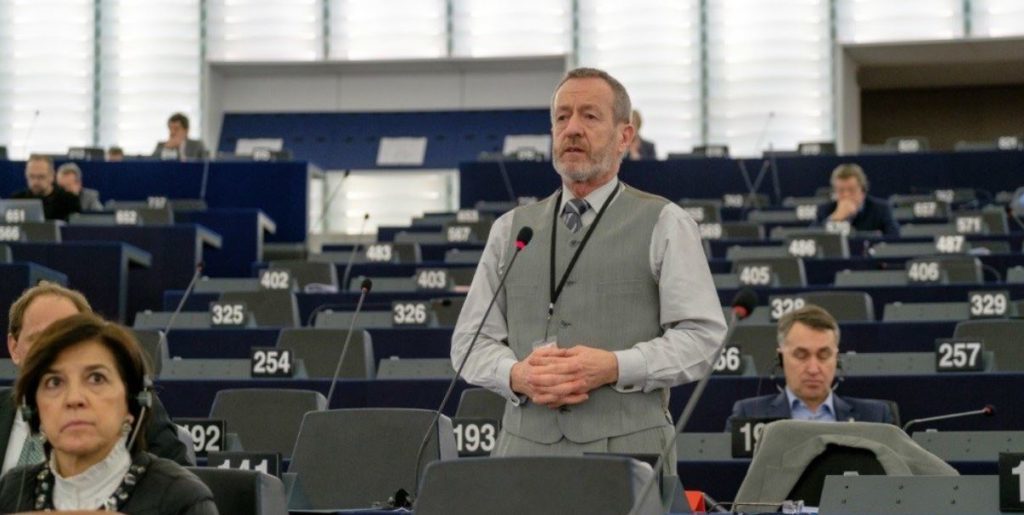 Ensuring citizens’ trust in any potential EU tracing app to combat the spread of Covid-19 will be essential to its success, Sean Kelly MEP and Leader of Fine Gael in the EU Parliament has said. The Ireland South MEP’s warning comes amid increased debate at EU level over the potential development of a mobile phone application to contain and limit the spread of the coronavirus by tracing contacts between people, via Bluetooth technology, and warning those who have come into contact with a person who has the virus.

However, the app would have to guarantee security, according to Mr Kelly, who led negotiations on the current EU General Data Protection Regulation (GDPR) on behalf of the biggest political group in the European Parliament in a previous mandate: “The added value of a tracing app is obvious.It can record contacts that a person may not notice or remember and warn them if they have been in close proximity to someone who has the coronavirus, allowing them to take precautions and self-isolate. If such an app was effectively used, it could be a very useful tool and part of a wider strategy to help countries to begin operating more normally again.

“However, it is understandable that such technology would raise privacy concerns. Having worked extensively on the issue of data protection, I know how important it is to protect our citizens in this regard.

“I would favour the development of a single EU-wide tracing app, rather than having 27 different national versions. But I would strongly emphasise that the EU could work together to utilise the very best technical expertise in its development, in compliance with data protection requirements, to ensure the information gathered is solely used for its main purpose, anonymously, for a limited time, and is protected from hackers.”

EU rules, notably the GDPR and the ePrivacy Directive have the strongest safeguards for the operation of such apps in Mr Kelly’s view. The Fine Gael MEP has welcomed the establishment of a common EU toolbox for such apps which requires that they be voluntary, approved by national health authorities, ensure personal data is securely encrypted and that it is dismantled once no longer required.

The app would have to be rolled out on a voluntary basis which also highlights the importance of user trust, noted Mr Kelly, a Member of the EU Parliament’s Committee on Industry, Research and Energy.

“Our citizens have shown enormous community spirit and resilience in doing their part to limit the spread of Covid-19. A well-developed, secure app could be another step we could take collectively to protect our health and that of the most vulnerable. However, It would only be a complement to other vital measures such as social distancing and good hygiene until a vaccine is developed.”

Mr Kelly concluded by reiterating his gratitude to those frontline health workers and all staff working in hospital and health sectors who are saving lives on a daily basis.